You are here: Home / Features / Podcast – Catching up with Jesse Witten of the NY Sportimes 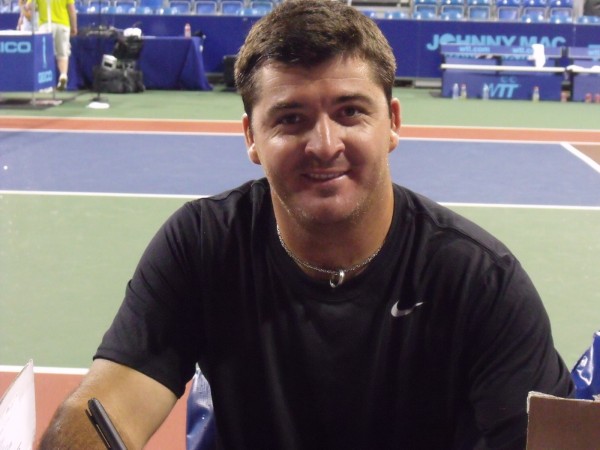 RANDALL’S ISLAND, New York, NY – In World Team Tennis on Friday night, Jesse Witten helped to lead the NY Sportimes to a 22-16 win over the Philadelphia Freedoms by winning a singles and doubles match at Sportime Stadium on Randall’s Island.

Do you remember Jesse Witten? Â Back in 2009 the resident of Naples, Florida ranked 276th at the time, made it through the qualifying tournament to the main draw and Â reached the third round of the US Open taking out No. 30 in the world Igor Andreev along the way, before losing to then world No. 4 Novak Djokovic 6-7(2), 6-3, 7-6(2), 6-4.

Wiiten, playing in his 6th WTT season spoke to me after the match about whatâ€™s been happening in his life on and off-court. Listen to the podcast.