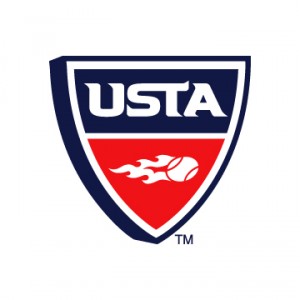 From the USTA: (March 2, 2016) WHITE PLAINS, N.Y., – The USTA today announced that the US Open National Playoffs will be held for the seventh season this year, expanding the footprint of the US Open to cities nationwide by providing the opportunity for all players 14 years of age and older to earn a berth into all five draws at the US Open. Tennis players of all levels can compete in men’s singles, women’s singles, men’s doubles, women’s doubles, and mixed doubles.

“The US Open National Playoffs are all about giving players of all abilities the opportunity to dream big and be a part of the US Open,” said Katrina M. Adams, USTA Chairman of the Board, CEO and President. “This year, players have more ways than ever to make it to New York, with all five of the US Open’s draws in play. We look forward to another year of great tennis and watching top juniors, collegians, aspiring pros, and weekend warriors connect with the US Open and compete for the chance to play on tennis’ grandest stage.”

Registration for the 2016 sectional qualifying tournaments opens on Tuesday, March 15, at www.USOpen.org/NationalPlayoffs. The entry fee for each of the sectional qualifying tournaments varies, with men’s and women’s singles entries ranging from $75-$100 per player and men’s, women’s, and mixed doubles entries ranging from $45-$60 per player. All players competing must have a current USTA membership valid through Aug. 29, 2016.

The US Open National Playoffs begin as a series of 15 sectional qualifying tournaments held in different USTA sections across the country (see complete schedule on page 2). The 15 champions or top available finishers in each division from each sectional qualifying tournament advance to the following US Open National Playoffs Championship events that will take place in conjunction with the Connecticut Open presented by United Technologies, an Emirates Airline US Open Series event, in New Haven, Conn.:

Players may compete at different sectional qualifying tournaments in each division (one for men’s or women’s singles, one for mixed doubles and/or one for men’s or women’s doubles). However, a player may only compete in one sectional qualifying tournament per division during a calendar year. Participants can be of any playing level, giving everyone an opportunity to advance.

CLICK HERE TO VIEW THE 2016 US OPEN NATIONAL PLAYOFFS SCHEDULE

More than 2,000 players competed in the 2015 US Open National Playoffs—the largest number of players ever. Players ranged from experienced professionals who were once ranked in the Top 50, to junior players and current/ former college standouts, to recreational players of all playing abilities and walks of life. Participants included those competing for charity, businesspeople, musicians, lawyers, reporters, former athletes, and stay-at-home mothers.

Notable past participants include Olympic skier Bode Miller; musician Redfoo of the music group LMFAO, who competed in three draws in the 2015 US Open National Playoffs sectional qualifiers; ESPN’s Mike Greenberg, who teamed with six-time US Open champion Chris Evert in mixed doubles; and LuAnn De Lesseps and Jill Zarin of “The Real Housewives of New York City.”

US Open National Playoffs information is available at www.USOpen.org/NationalPlayoffs.