Novak Djokovic extended his consecutive match winning streak toÂ  37 in a row for 2011 and 39 going back to the 2010 Davis Cup final.

â€œIt is an incredible honor to be part of the history in some ways and part of the elite of players like Federer and Nadal and McEnroe and Lendl and those players who have won many matches in a row.â€

Djokovic is just three matches away from tying John McEnroe‘s 1984 record of 42-0 to begin a season and seven from equaling Guillermo Vilas‘ 1977 record for consecutive match wins at 46.

Out of the French Open

Serena and Venus Williams, David Nalbandian and Dinara Safina have all officially withdrawn from Roland Garros.

Serena Williams’ statement: â€œWhile I am making good progress, unfortunately I wonâ€™t be able to compete in Roland Garros as I am continuing to rehab my foot and recover from the pulmonary embolism. I am grateful for every moment I have and the fact that I have returned to the court. I am hopeful that I will be back competing this summer. Thank you all for your continued prayers.â€

Venus Williams is still nursing a hip injury sustained at the Australian Open.

Nalbandian is not fully recovered from surgeries on a herniaand a leg muscle. He is also suffering form a virus.

Dinara Safina in addition to withdrawing, the Russian is taking an indefinite hiatus from tennis. She has been struggling with back problems.

“I don’t know how long my time out (from the game) is going to last because I don’t want to torture myself and my body anymore,” Safina was quoted as saying by Russian media.

Safina speaking to Russian media: “I’m just tired of hearing constant questions from my coach during training ‘How is your back? Can you do this exercise?’ I’m just tired of fighting with myself.”

“At the moment I can’t do anything tennis-wise. When I can do certain moves without feeling lots of pain, then I would consider resuming my training,”

76-year-oldÂ  Hall of Famer Ken Rosewall had to be hospitalized while he was attending the Italian Open. Various media eports say he suffered no brain or heart damage after suffering “a suspected disturbance of the brain circuit.” Former Rome winner RosewallÂ  was to be presented with a golden racquet at aÂ  tournament awards dinner which was accepted by his wife Wilma. Rosewall is being kept in the hospital for observation.

In – Lleyton Hewitt will play his Wimbledon warm-up in Eastbourne.

In – Milos Raonic will play the Atlanta Tennis Championships.

In DC -The WTA has a presence in the Washington, DC area with International Series event the Mid-Atlantic Womenâ€™s Tennis Championships scheduled for July 23-31.

Out – Anna Kournikova has listed her Miami Beach home for sale at $9.4 million dollars.

In – Former Pro and current tennis commentator for ESPN Cliff Drysdale has opened a tennis school in Red Ledges, Utah.

In – Esurance Expands US Open Sponsorship 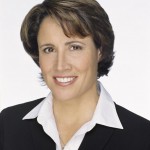 Tickets are out – Some US Open Series events already have tickets for sale – they include the Mercury Insurance Open,Winston-Salem Open, the Mid-Atlantic Womenâ€™s Tennis Championships and the New Haven Open.

The Times of London newspaper reported that Andy Roddick and Mardy Fish were only awarded semifinalists pay by the ATP World Tour for failing to play the Rome final. Roddick withdrew from the final with a shoulder injury. The Times reported that that the ATP World toru docked Roddick and Fish USD $31,400 after for the withdrawal.Â  It was reported that they pulled out so that three of the doubles finalists (John Isner, Mardy Fish and Sam Querrey) could make a flight to DÃ¼sseldorf, Germany for World Team Cup. Allegedly World Team Cup tournament organizers were allegedly going to levy sanctions ifÂ  Isner, Querrey and Fish did not show up on time to play.

Tweener of the Week 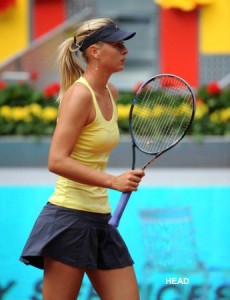 Maria Sharapova won her first Rome title with a 6-2, 6-4 victory over Samantha Stosur.

â€œMoving wise I feel better on clay. I feel better and better and although I may not be the best slider or have the strongest legs thereâ€™s more than that in tennis and thatâ€™s why I won,â€ said Sharapova.

Novak Djokovic defeated Rafael Nadal for the second week in a row on clay, this time in Rome 6-4, 6-4.

â€œI am most happy about the game this year on clay. The way I was fighting all the way, I am confident and aware and [have] self-belief that I can win against the top players.â€