You are here: Home / Events / US Open Takes Over Times Square For Second Year 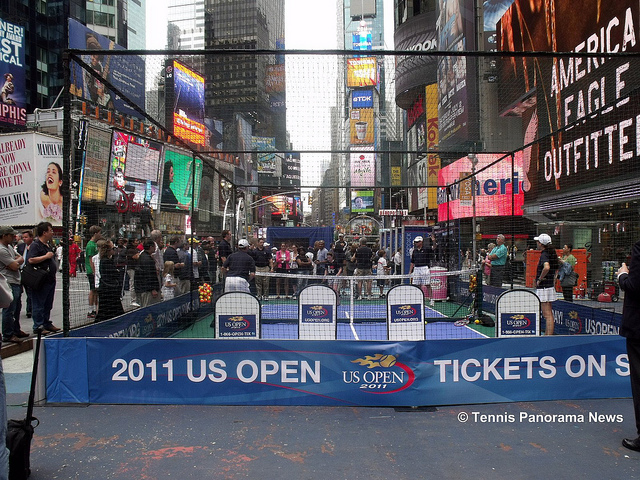 NEW YORK, NY – The US Open Experience took over Times Square for the second year in a row to promote the first day that US Open tickets went on sale to the general public. Fans were able to purchase tickets at kiosks, play on a mini tennis court, play Wii tennis, buy US Open gear and compete in a target challenge for chances to win tickets. Fans could also pose with a US Open trophy. 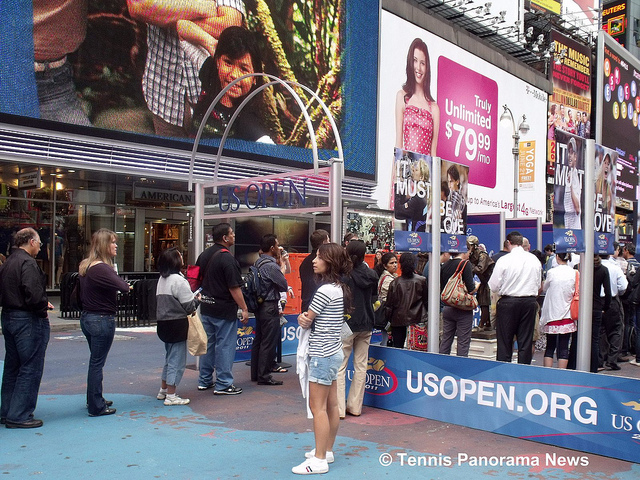 Fans waiting in line to purchase tickets were greeted by living statues on their way to the kiosks.

John McEnroe andÂ Tony and Emmy-award winning actress and singer Kristin Chenoweth were on hand to participate in the festivities. Chenoweth, in 4-inch heels, was challenged to an impromptu tennis match by John McEnroe.Â  While holding her own, Chenoweth still demanded a rematch using her own special skills â€“ a sing-off challenge.