You are here: Home / Approach Shots / Jon Wertheim Talks Fedal Rivalry with Megan Fernandez at No. 4 on the Greatest Hits Countdown 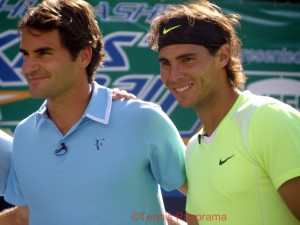 Megan Fernandez caught up with Jon Wertheim of Sports Illustrated during the Western & Southern Financial Group Masters tournament this past August to talk Federer-Nadal. At number 4 on the 2010 Greatest Hits Countdown: