You are here: Home / Contributors / Zvonareva Fends off Liscki 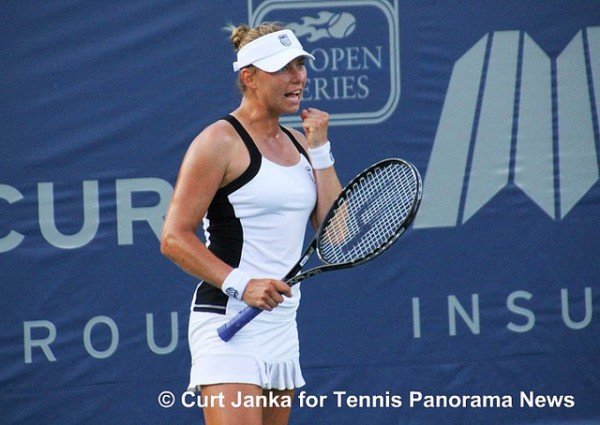 CARLSBAD, California â€“ It took five match points and three racquets, but Vera Zvonareva finally clinched a spot in the semifinals of the Mercury Insurance Open by beating Sabine Lisicki 6-3, 3-6, 6-4. For two hours and 13 minutes, the two exchanged brutal ground strokes. Both players balanced defense and offense well in a battle of will power. Lisicki fought valiantly to the very end, but couldnâ€™t put enough first serves in to keep the upper hand. 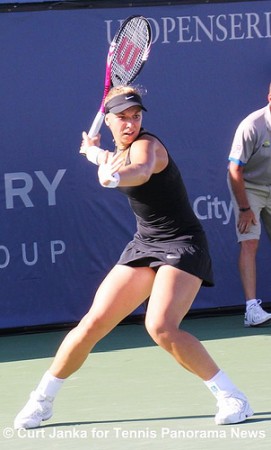 While Lisicki has a bigger serve, Zvonareva returned remarkably well and placed her own serves even better. Once the point was in play, it was a heated chess match. Zvonareva seemed to have the edge on backhand to backhand exchanges while Lisicki was able to notch points in the forehand rallies. Ultimately, it came down to a few mental lapses by Lisicki in the middle of the third set that gave her opponent the lead.

The match marked Zvonarevaâ€™s 40th win in 2011 and advanced her to a 7th semifinal this season. It also extends her winning streak to eight, having won at Baku. 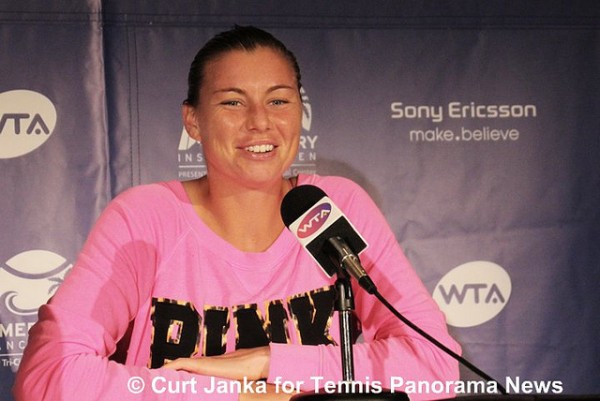 â€œI donâ€™t know,â€ she laughed when asked what would cap off her already outstanding season. â€œIâ€™m enjoying the moment and I just want to do well every single match. I want to give 100% in every single match. As long as I do it, I will be happy with my season.â€

Zvonareva will play the winner of the quarterfinal between Ana Ivanovic and Peng Shuai.