You are here: Home / Features / Wozniacki, Bartoli and Li Take on the Media at WTA All-Access at the New Haven Open 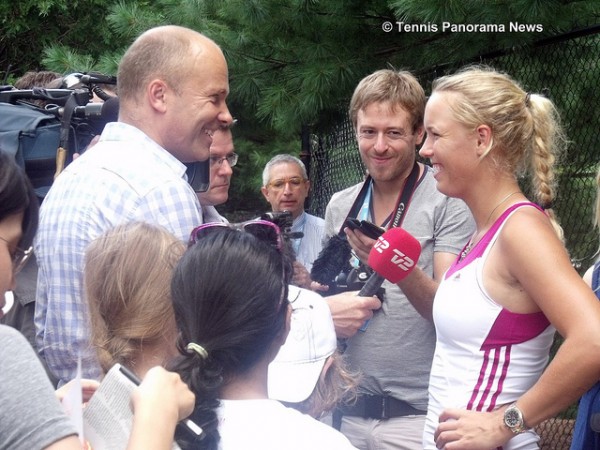 Three-time defending New Haven champion Caroline Wozniacki led off the All-Access roundtables mostly takling questions in regard to her upcoming coaching change. No one has been formally named to fill the position.

Tennis Panorama News: Caroline could you clarify your coaching situation?

Caroline Wozniacki: I really donâ€™t want to talk about that. I hope that everyone will respect that, right now I am happy about the way everything Â is. I just want to keep it to myself.

On the point of her upcoming coaching change she explained,Â  “itâ€™s a personal decision, itâ€™s an individual sport so I do want to keep improving.” Wozniacki said it was a joint decision between herself and her father and former coach in terms of seeking a coaching change. Still having her Dad around to give he support. Everything is the same way as itâ€™s always been.”

Wozniacki Â is not concerned about making a change so close to the US Open “Iâ€™m not going to forget how to play tennis in a few days.â€œ Iâ€™m still a good player, Iâ€™m a great player. Its a few days from the open but itâ€™s been underway for a long time.” She will still be working with the adidas player development program until her new coach is in place. 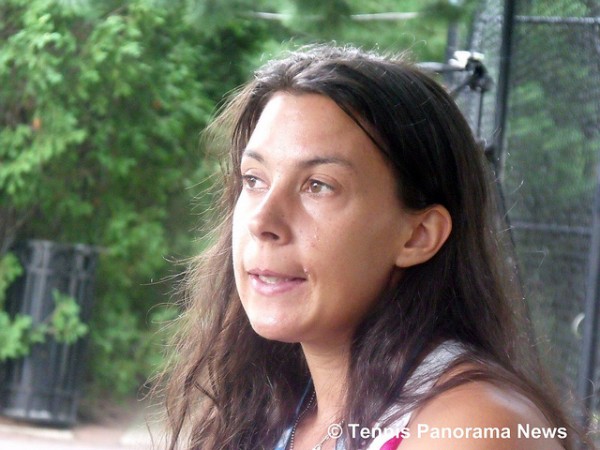 Marion Bartoli focused on her good results in 2011. She is currently ranked at her career high No. 9 in the world.

Reaching theÂ  finals at Indian Wells “the first step forward to my success in the French Open,â€œ said Bartoli. This year at the French Open was perfectly for me.â€œ The Wimbledon win for me over Serena (Williams) was really special.â€œ Difference between this year and last year for Bartoli,Â  “I think Iâ€™m stronger and fitter so I last last a long on the court. My stamina really got better and Â Iâ€™m able to sustain a high level for a longer period.â€œ

She feels that now she is at the “peak of her form.â€œ 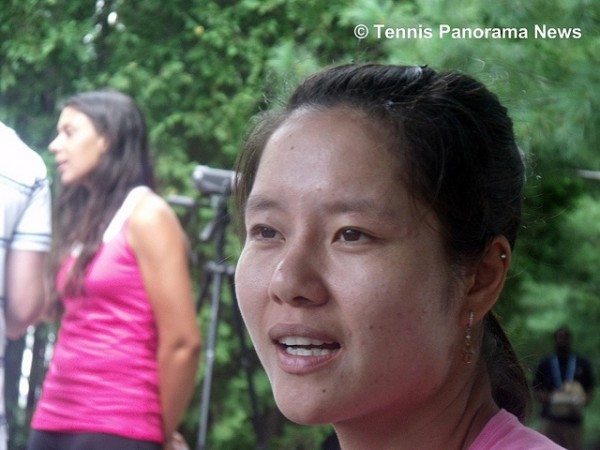 Li Na took a a wild card into the tournament just a few days ago “after Wimbledon, I just play three matches, so I need more match to prepare for US Open, â€œ said Li

Does she feel additional pressure going into the US Open, “of course there is a little bit of pressure but if you think too much. I never feel any pressure, I always play for myself.”