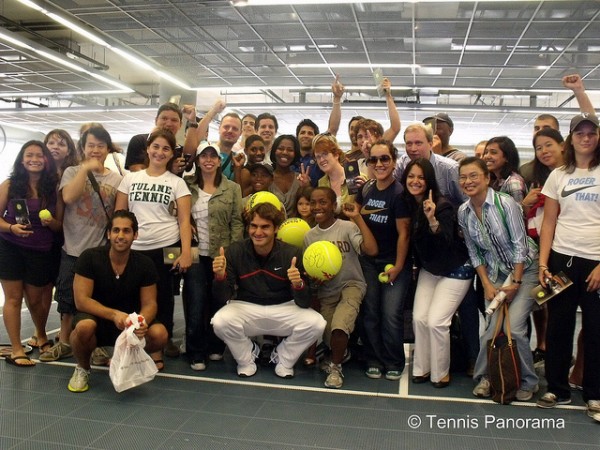 NEW YORK, New York- (August 24, 2011)Â Tennis fans discovered on Roger Federer’s facebook page Â early on Wednesday morning this quote – â€œIâ€™ll be giving away tickets to the US Open to help kick off the Tweet Rally to the 2011 US Open sponsored by Mercedes-Benz. Weâ€™ll have other prizes and fun things to do while weâ€™re there, too. Get there early, though â€“ the tickets will go fast! See you soon!â€

Federer gave away US Open tickets to 20 fortunate fans in line in front of a Manhattan Mercedes-Benz dealership. Fans in line lived as close as five minutes away from the dealership and as far as central New Jersey. The tickets were all courtesy of Mercedes-Benz USA, Â the Official Vehicle and the Presenting Sponsor of the US Open Menâ€™s Singles Championship. Rally to the 2011 US Open and plan to giveaway 90 pairs of tickets during a two week period through the Twitter feed @MBUSA which began August 22 and will last until September 1.

Through the @MBUSA Twitter handle, messages are being broadcast with clues to surprise locations and times where those following the Tennis Tweet Rally can go to land a pair of premium loge US Open tickets.Â  Each location is marked by a special tennis themed 2012 ML 350 SUV, which serves as the ticket giveaway spot on a first come, first served basis.

New York, New Jersey and Connecticut Mercedes-Benz dealers will be taking part in the Tennis Tweet Rally Â which will be revealed in the Twitter feed @MBUSA.

Mercedes-Benz USA (MBUSA) announced a multi-year partnership with the USTA in 2010 that designates Mercedes-Benz the â€œOfficial Vehicle of theUSOpenâ€ and the â€œPresenting Sponsor of the US Open Menâ€™s Singles Championship.â€ 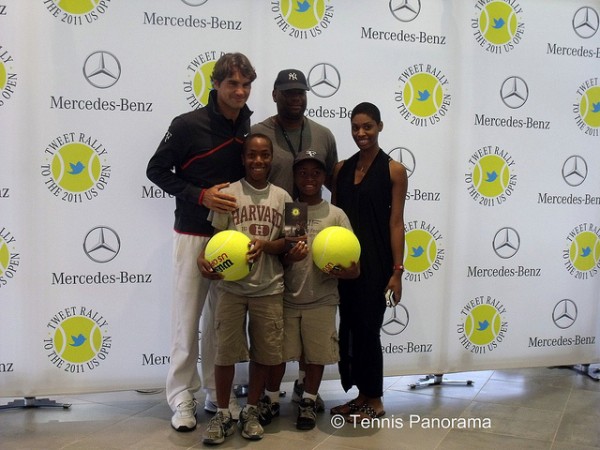