You are here: Home / Features / Serving Their Countries: Tennis and War – A Peek into the US Open Tennis Hall of Fame Exhibit 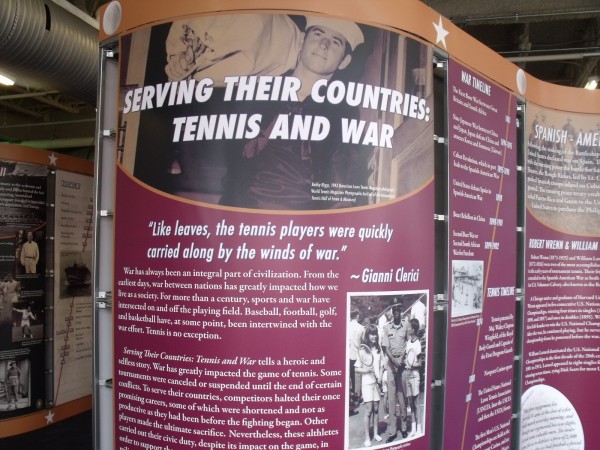 FLUSHING MEADOWS, New York (September 3, 2011) – As it has been the tradition for 13 years, the International Tennis Hall of Fame and Museum has a special exhibit at the US Open. This year’s exhibit entitled – Serving Their Countries: Tennis and War. The showcase located in the Chase Center sharing space with the bookstore, focuses on tennis hall of famers who served in the armed forces during wartime beginning with the Spanish-American War through today. The exhibit runs throughout the US Open andÂ  will become part of the traveling exhibit program in which tennis clubs, tournaments and museums may rent them for a period of time. For more information www.tennisfame.com

September 11, 2011 – Editor’s note – the author of this article has a story on the exhibit in the New York Times’ Straight Sets tennis blog .