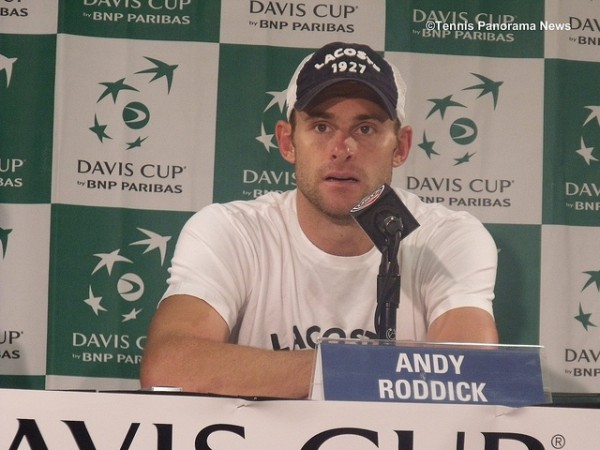 SHANGHAI, China – Andy Roddick used a steady serve and net play to conquer seventh seed Nicolas Almagro 6-3, 6-4 in the Shanghai Rolex Masters round of 16 on Thursday.

“Net play become as lot better when you’re serving good. I’ve always said my best volley is a very good serve or approach shot to set it up.

“So I think, you know, as far as the way I’ve been hitting the ball and playing, it’s been okay. But the serve’s been up and down. My percentages weren’t where I wanted them to be. And I was going like in spots where I’d make three serves in a row, but then miss four or five. It’s those gaps where you’re hitting second serves where guys get a look.

“I cleaned that up a little bit today. I think that makes everything look a little bit better. Then you go 2-2 on breakpoints, it makes it look pretty straightforward.â€

Andy Murray and Rafael have been commenting about having to adjust to different balls for each tournament. â€œWe used the same ball in Beijing, so I found it very easy (smiling),â€ noted Roddick. â€œBeen in that case before. The US Open Series comes to mind where you use the US Open ball then don’t use it then use it again. It’s another one of those ones where decisions get made on what ball we use with no input from us, even though we’re the ones using it because, you know, deals are signed, this, that and the other, and we’re left to kind of pick up the pieces. You know, you guys deal with it.â€

On the all of the talk about how the players seem divided in terms changing things on the tour, â€œI think it’s a sport where you don’t have a home team,â€ Roddick said. You don’t have a built in guaranteed fan base that are going to attend so many games. It’s always been a star driven sport. So I think that’s where it has to start.

â€œI think if you get the top guys united, maybe some of the lower guys are going to be a little more dependent upon that decision, almost have to fall in line, and they’ll benefit from anything that happens, as well.

â€œFor me, I think it starts with the stars of the game.

Roddick will face David Ferrer for a place in the semifinals on Friday.