You are here: Home / Contributors / Keys and Levine Book Their Spot into 2012 Australian Open Main Draw

NORCROSS, Georgia – For the players in todayâ€™s Menâ€™s and Womenâ€™s Finals at the Australian Open Wildcard Playoffs, there was only one goal â€“ win the match and earn the right to walk right into the main draw of next monthâ€™s Australian Open. 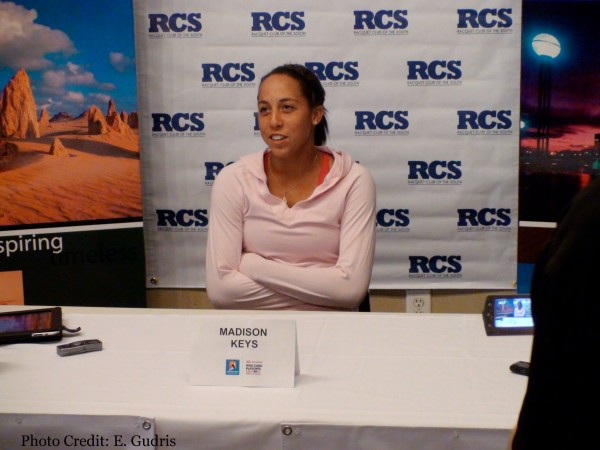 The Womenâ€™s Finals featured two young American players, Madison Keys, who won the U.S. Open Wildcard earlier this summer, and Gail Brodsky who is currently ranked No. 229 on the WTA Tour. Keys went in as a slight favorite and her huge serve and powerful groundstrokes allowed her to dictate the tone of the first set. Going up a quick 4-1 on a double break, Keys briefly allowed Brodsky back into the set but managed to serve it out at 6-3.

Brodsky did her best to keep fighting with Keys who often had the last word in some of the longer rallies. Brodsky managed to get two break point chances in the second set at 4-2, but Keys fired off two consecutive aces to hold for a 5-2 lead. But when Keys was serving for it at 5-3, she just let up on her intensity enough to allow Brodsky to break back. Keys resumed her momentum in the next game and on her first match point, she hit a sizzling forehand winner to clinch her wildcard berth into Melbourne with a 6-3, 6-4 win.

Brodsky said afterwards that she didnâ€™t feel that Keys played with any pressure on her. Keys agreed with that thought and spoke about her recent success and how her young age actually helps her when competing, â€œIâ€™m one of the younger ones still so Iâ€™m not really supposed to be winning matches. Iâ€™m the underdog when I come into matches so I usually try to play like that but Iâ€™m also trying to play more free. That helps me keep it all in perspective.â€ Keys now plans to travel to Iowa, Boca Raton and then California before heading down under. 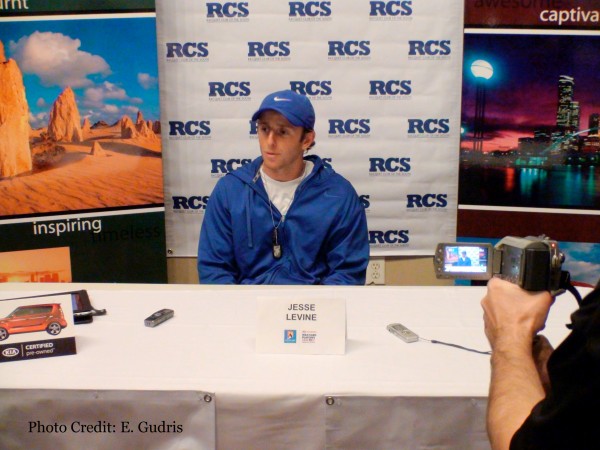 The Menâ€™s Finals featured a first time meeting between Jesse Levine of Boca Raton, FL and Kennesaw, GA native Robby Ginepri who is working his way back into the sport after injury sidelined him for most of this year. Local fans were hopeful that Ginepri could delight them with a win today, but unfortunately Ginepri had one of those days that all tennis players can relate to in that nothing worked for him on court. Levine played a steady match throughout while Ginepri often saw his shots sail wide or found him making unnecessary errors on what looked like easy winners.

After losing the first two sets in quick succession, Ginepri took an extended bathroom break before the third set to change his clothes and hopefully change the match. Despite Ginepri mixing up his game with some serve and volley, Levine remained consistent while the errors continued to mount for Ginepri. After breaking Ginepri for a 4-1 lead in the third set, Levine stayed the course and earned a convincing 6-0, 6-2, 6-1 victory that assures him a wildcard berth into the main draw of the Australian Open.

â€œI was in the zone today and was trying to stay with it,â€ said Levine about his performance. â€œAfter that first set, I was thinking can I keep this up? Robby is a really great competitor and heâ€™s in really great shape. Honestly I was hitting the ball as solid as I could hit it and it all worked out for me today.â€

Levine has played mostly challengers during 2011, but his recent results including today has him excited for next year. â€œI had a really good finish to the year and winning the title in Knoxville was a big boost to my confidence. And so getting back into the big leagues again proves all my hard work is paying off. Iâ€™m really excited to be back in the big show again. It feels good.â€

Tennis Panorama News will be media covering next month’s Australian Open in Melbourne from January 16-29, 2012.