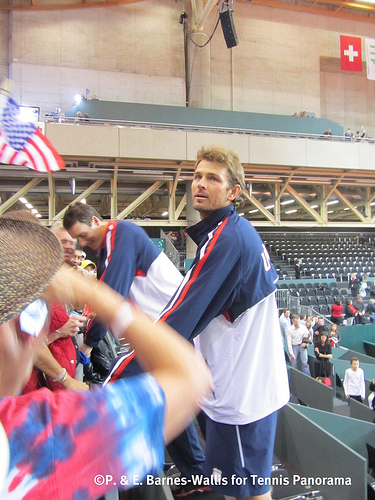 FRIBOURG, Switzerland – They travel the world to cheer on the United States Davis Cup team. You’ve probably noticed them wearing red, white and blue adorned with a net that says ‘USA” on their heads – they are the Netheads. 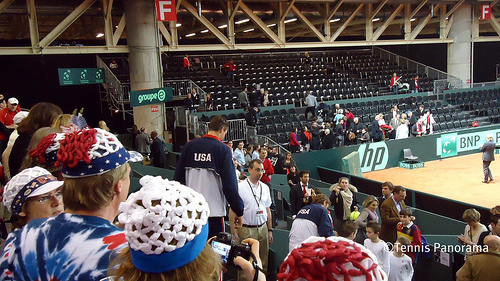 A few of the Netheads attending the USA- Switzerland Davis Cup tie were kind enough to send Tennis Panorama News a few of their personal photos from Saturday’s Davis Cup action which saw the US clinch a spot in the quarterfinals of Davis Cup. The Netheads had a special moment after the US won the doubles as players John Isner, Mike Bryan and Mardy Fish made their way in to the stands to shake their hands and thank them for their support.