Rotterdam Tournament Director and former Wimbledon champion Richard Krajicek was a candidate for the top executive spot at the ATP. Although Rafael NadalÂ  supported the Dutchman’s candidacy for the ATP CEO post, Roger Federer was against it citing that he needed more business experience.

Imagine what Krajicek must have been thinking when he had give Federer the winner’s check for capturing the Rotterdam title.

In other Federer-related news, much ado about nothing? Last weekend many media outlets in addition to journalists on and off twitter reported statements made by Federer about Stan Wawrinka during Davis Cup after the Swiss lost the doubles and the tie to the US. I saw so many different versions of the quote translated in so many different ways and “quoted” in so many different ways that you can’t believe anyone.Â  The quote in question – “I played a good doubles, and Stan not a bad one.” But once the quote was translated into English “not a bad one” erroneously became “a bad one.”

People get quoted and misquoted so often and not just in tennis that I think it needs to become mandatory for every news conference to have official transcripts for all to see and/or official recordings for people to hear. 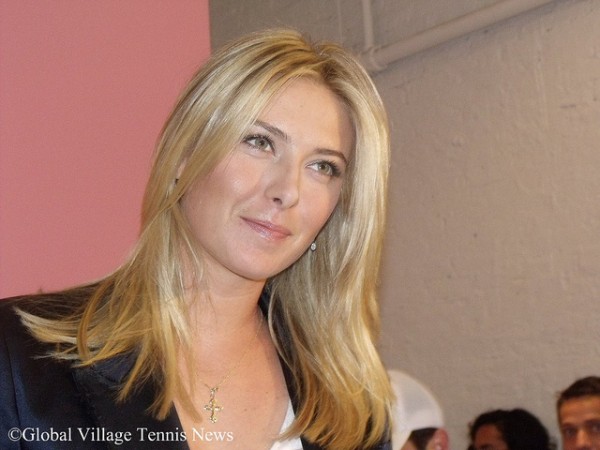 â€œLinsanityâ€ found its way into Friday’s BNP Paribas Showdown conference call with Maria Sharapova thanks to a question from a New York Post reporter:

Q:Â  I know youâ€™ve been in town for a while at fashion week – have you heard of â€œLinsanity?â€ If you have heard of it, what do you make of this phenomenon?

Maria Sharapova:Â  I was at fashion week for a couple of days and he didnâ€™t quite make it to the fashion world yet.Â  I didnâ€™t get a chance, I was so busy over there with meetings and the shows.Â  I did see the coverage of your paper a few times walking by and you guys are all on top of that.Â  Itâ€™s pretty incredible and Iâ€™m sure heâ€™s enjoying all of that.Â  To see a great athlete up and coming, especially in New York and Madison Square Garden, Iâ€™m sure itâ€™s a lot to write about.

In other BNP Paribas Showdown news, John McEnroe has been named spokesperson for â€œTennis Night In America,â€ no word if he’ll change his name to Lin for the occasion. 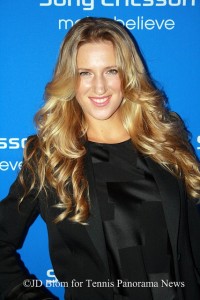 Love your slamless no. 1â€™s

Victoria Azarenka told media in Doha last week not to be too hard on slamless No. 1â€™s. “Well, you know, I think you guys, itâ€™s your job to say that, to evaluate, to give grades. Our job is to play and win matches. Whatever people say, I mean, I appreciate if Iâ€™m a legit No. 1, but I think they shouldnâ€™t be too hard on the other girls, as well.”

No word on any comments coming from Caroline Wozniacki, Jelena Jankovic or Dinara Safina.

Speaking of slamless No. 1’s, Wozniacki has the “tough loss of the week” falling in the second round of Doha after having three match points.

Nadal in the SI Swimsuit Issue

Kim Clijsters has withdrawn from the BNP Paribas Open with an ankle injury which she suffered during the Australian Open.

Serena Williams is not playing in Monterrey this week due to an ankle injury.

Both Gael Monfils and Marin Cilic are out of Memphis with knee problems.

Current player Ryan Harrison told media at the SAP OpenÂ some kids at the Nick Bollettieri Academy are “a lot more [noisy] than they need to be.Â If you have a 7-year-old girl grunting louder than I can scream in my entire life, thatâ€™s not really necessary.” 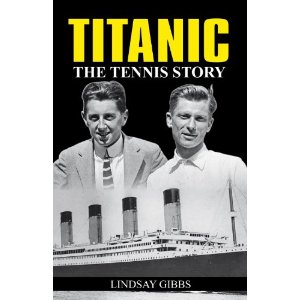 Love and Tennis on the Titanic

Titanic: The Tennis Love Story to be released in April.

Show me the money?

Arantxa SÃ¡nchez Vicario’s parents have decided to sue their daughter who has written a book in which she claims that her parents lost her $60 million dollars of her career earnings. “They left me with nothing and I owe the tax authorities,” said SÃ¡nchez Vicario.

Topsy Turvy Tournament
In Bogota this past week the top eight seeds were all knocked out by the second round. No seeds were left by the quarterfinals. Unseeded Lara Arruabarrena-Vecino of Spain won the tournament.