You are here: Home / Contributors / Davis Cup in Monte Carlo: Isner and Tsonga are the Bosses on Day 1 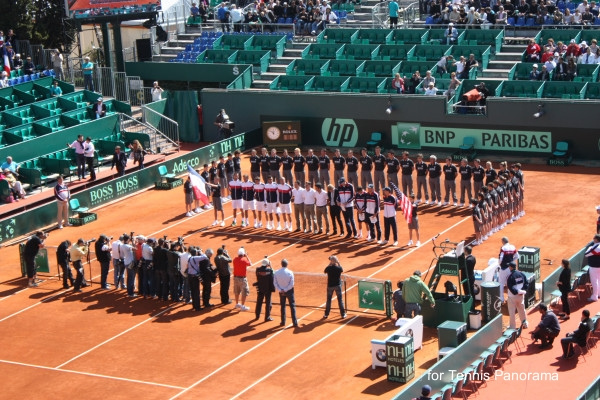 MONTE CARLO COUNTRY CLUB – Itâ€™s finally Friday, almost after a week of training, Davis Cup begins in earnest with the official presentation of the teams at Noon as France plays host to the United States in a quarterfinal tie. The stands are not yet fully packed yet, and you can spot a few American flags. For the French team, Jo-Wilfried Tsonga earns the biggest cheers. On the other hand, for the USA, there is a big ovation forÂ  Captain Jim Courier former French Open winner as he looks classy in his suit ! 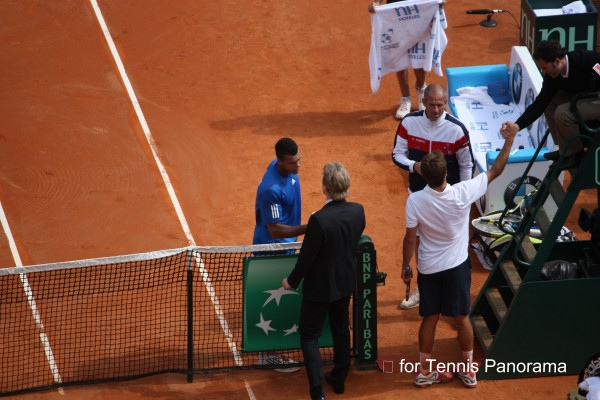 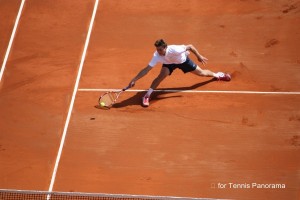 Ryan Harrison at his news conference :

â€œI didnâ€™t play very well the break points. Jo made the big points, and was playing a bit better than me in the fourth. He gave me no chance to break him back.â€

â€œTo play less passive was most part of the conversations with Jim. We have a great communication, we both see things very similar.â€

â€œIt was a good fight. Iâ€™m always fired up. Jimâ€™s role was to channelling my energy, and helps me to play the right style.â€

â€œIt was a fun and exciting match. Every match in Davis Cup is very intense, they take a lot of energyâ€¦ There is some frustration, but also some excitement, like in the third set.â€ 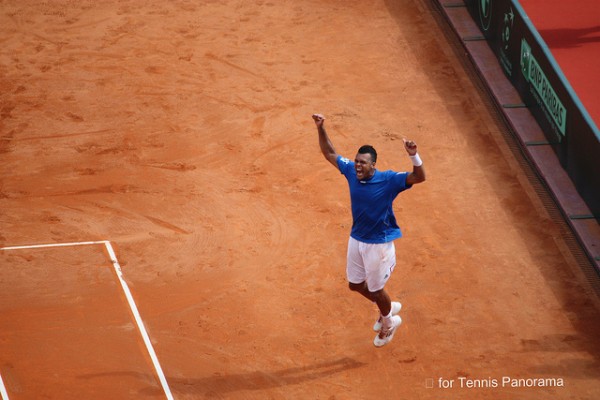 Jo-Wilfried Tsonga at his news conference:

â€œI didnâ€™t play my best, neither Ryan, but the most important thing was to win. Iâ€™m happy with that. Iâ€™m glad for me and the team. It was important to win this first point.â€

â€œWhen you entered on the court for the first time in Davis Cup, you leave a lot of mental energy. Thatâ€™s what makes difficult the first match in this competition. In my case, I have enough experience now to handle it.â€

â€œI knew Ryan would get frustrated. Itâ€™s his main flaw : heâ€™s very nervous. I knew that if I was patient it will turn on my side. When he brakes his racquet and makes two double faults in the second set, I know itâ€™s the moment to move better, get more aggressive on the forehand and take advantage of this.â€

â€œWhere I can get better ? I can be more comfortable on my baseline, and be more patient too. But Ryan and John are two players completely different and on Sunday the game plan wonâ€™t be the same.â€ 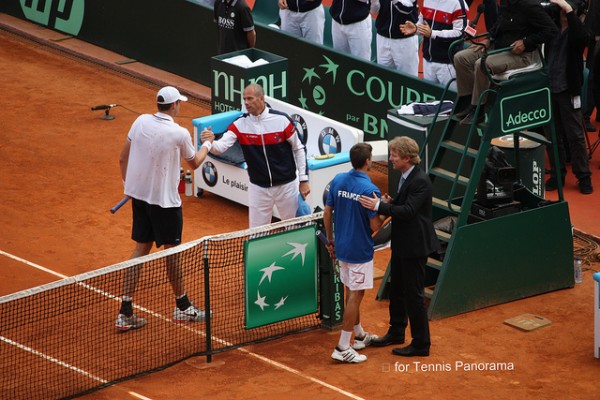 Gilles Simon at his news conference:

â€œJohn is difficult to play on any surface. Today I should have taken his serve : if I had break him in each set it would have been quite different match.â€

â€œIâ€™m frustrated with my backhand today. He has a very annoying forehand : he never seems to hit that harder, less than Jo for example, but most of the times I found myself having to play a deep shot with a high bounceâ€¦ he hides pretty well when heâ€™s going to go for a flatter shot.â€

â€œIf on Sunday we are levelled at 2-2, it will be one of the first times I will enter the court as the favourite. I would prefer to get the 3-1 win, but Iâ€™ll be happy anyway if thereâ€™s a 5th rubber.â€ 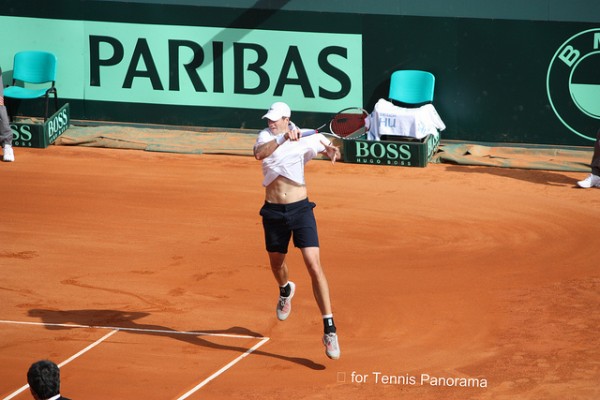 John Isner at his news conference :

â€œI felt it was going to be a good day, for me and the team. I played the way I needed to.â€

â€œI had a good week of practice. And I knew as I would go into the match I would get even better.â€

â€œAdjusting to the clay, I didnâ€™t think I would have any problem. I took the court very confident no matter what.â€

â€œIâ€™m very pleased with the way my forehand worked today. I didnâ€™t serve that well today, but my forehand was there on the next shot. I slicked to the game plan set with Jim : try to go for winners in two or three shots.â€

Spotted today at the Monte Carlo Country Club : Albert II, the prince of Monaco, great fan of sport; Zeljko Franulovic, director of the Monte Carlo Master 1000 and Roland-Garros finalist in 1970; Victoria Azarenka, in great discussion at the restaurant with Sam Sumyk and AmÃ©lie Mauresmo; the former Australian Open champion Thomas Johansson, who would like to recruit Ryan Harrison in his Stockholm Open; Nicolas EscudÃ©, captain of the Fed Cup French team; and Arnaud ClÃ©ment, come to support his buddies and engaged in the qualies of the Monte Carlo Rolex Masters, next week.

The doubles begin at 2pm CET : Bob and Mike Bryan vs MichaÃ«l Llodra and Julien Benneteau.

Guillaume Willecoq is at the Monte Carlo Country Club covering the US versus France quarterfinal Davis Cup tie as media for Tennis Panorama News. Follow updates here and on the twitter account @TennisNewsTPN and in French on @15lovetennis.