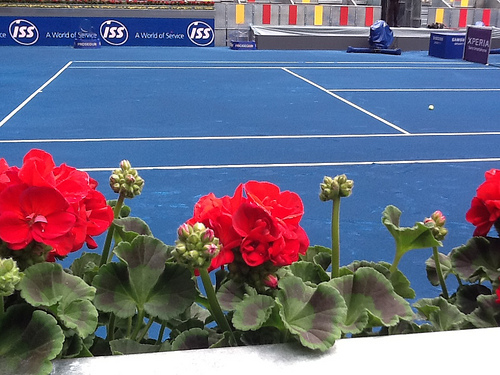 Sunday’s player quotes about the unique blue clay courts being used at this year’s Madrid Open: 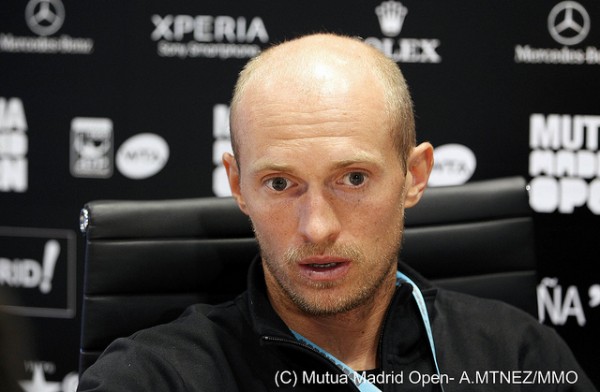 How do I explain about the court? It’s not the color of court that is the problem. You need to come prepared and be practicing for a couple of days before the match. Every place plays a little different like when we go to Rome next week the surface will also be different. If the tournament prepares a very good court, inside and outside, we can prepare and play and enjoy tennis. It doesn’t matter which color it is blue or red. Some players are saying that outside the courts are so bad, the bounce, and you play a different tennis – that is the problem. It’s not about color, it’s about how the court plays. For the eye and the ball it was okay. Socks are blue now, not red after the match. The color looks nice. If they start to prepare better the court, for us it doesn’t matter. 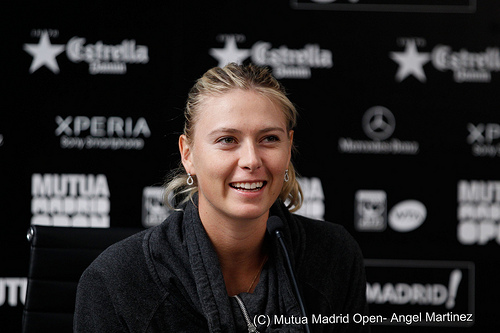 Yes, it felt quite slippery today and there was not much clay on it but I guess every week is different. I don’t mind the color so much but I do wish it was still part of the tradition and still was what we are going to play on in a few weeks at the big one. It’s obviously a little bit of a change for us but it is what it is.

Is the mark the ball makes on the court easier to see on blue clay:

I think that when it is drier it is easier to see, when it is like today, it was pretty dry and a bit slippery but I think that on a heavier day… When we practiced on it, it was cold and almost raining and the court was actually quite different color, like a dark blue and then today was a little bit different. I think it just depends on how much clay there is, in some parts there is not a lot of clay in other parts there are a lot. 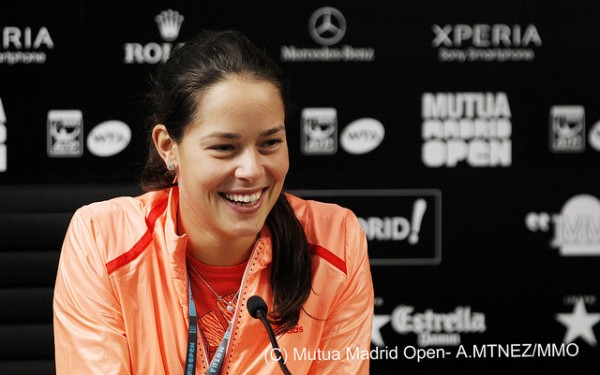 It’s actually fun to play on blue clay, I think. 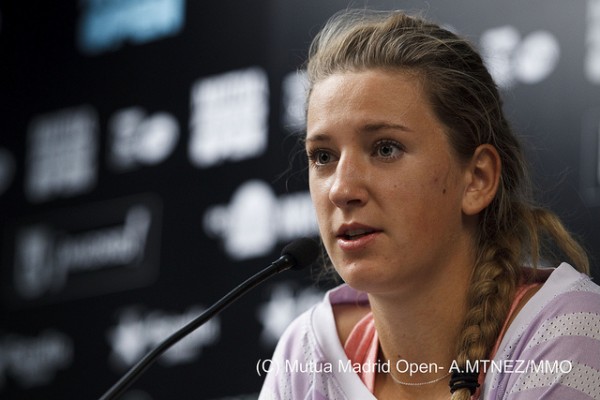 Rating the condition of the blue clay courts:

Well, definitely different from any other clay that we play and its unusual in that it took me a much longer time to take a shower-in that stuff! I don’t want to get into talking if I like it or I don’t like it. The surface is what it is. All you can do is try to win matches and adapt to it. If it’s good or not it doesn’t make any sense.

Yeah, it is pretty slippery.

No, the bounce is different which changes everything completely already. It’s just a completely different thing. Nobody really asked the players if they want to do it so whatâ€™s the point in talking about it.

Difference between the clay last year and this year:

It is 100% different. It’s completely different, that’s what I keep saying but if you want to ask me again, yes it’s different.