You are here: Home / Features / Serena Williams: “I don’t think that there is a big difference between the blue and the red (clay)” 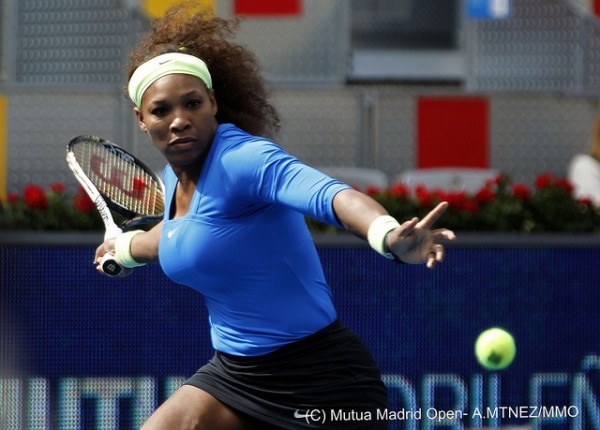 Serena Williams made her 2012 debut on the European clay at the Mutua Madrid Open slamming 14 aces to completeÂ  a 6-3, 6-1 demolition of Elena Vesnina on Monday morning. Vesnina was the losing finalist at the Budapest Grand Prix tournament over the weekend.

Despite the score, Williams was not pleased with her performance. “I’m feeling good but I wasn’t thrilled, “Williams said. “It’s just the first round, I would be thrilled if I get into the finals or something, this is just the first round and I don’t get a bye, so don’t be mistaken, I wasn’t thrilled it’s just that I haven’t sung karaoke for a long time and I have been missing it.”

“I was feeling good. It’s my first tournament in Europe this year and I just hope I can keep up the good form,”

Speaking on the topic of the tournament’s blue clay:

“I don’t think that there is a big difference between the blue and the red. I think it is the same except for the fact that it is a different color and that you don’t get as dirty, which I love. But I don’t find too many differences. There is definitely a difference between European clay and US clay.”

Williams will face Anastasia Pavlyuchenkova in her next match.