Mondayâ€™s player quotes about the blue clay courts being used at this yearâ€™s Madrid Open: 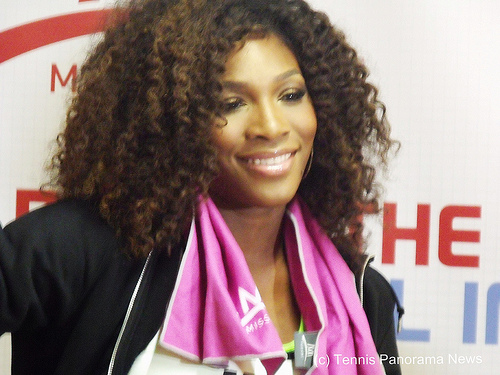 I don’t think that there is a big difference between the blue and the red. I think it is the same except for the fact that it is a different colour and that you don’t get as dirty, which I love. But I don’t find too many differences. There is definitely a difference between European clay and US clay. 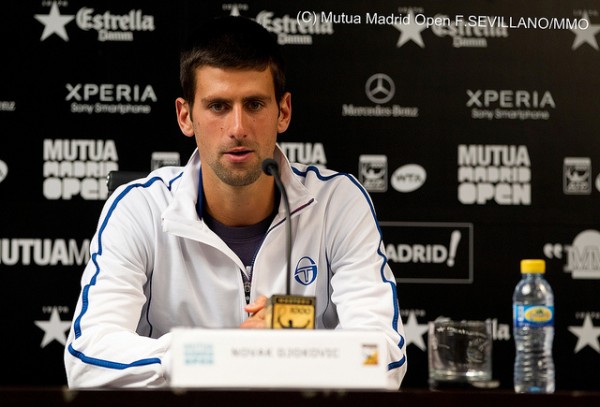 Well, I think the tournament has done a great job in the past couple of years in making the players feel good. They invested a lot in this whole new complex. It was an indoor event a couple of years ago. 2009 was the first year we had the clay court tournament in Madrid. It’s a very interesting venue and the players feel good here. We have good conditions, good facilities, great food and that’s what matters the most â€“ itâ€™s a very beautiful city. This year is quite different from any other tournament. We have the blue clay court for the first time in the history of our sport. It is definitely interesting for everybody to see what’s going to happen throughout this week. In my opinion, it’s different. There are certain differences between blue clay and red clay. We can talk about this for a long time but I try to keep its as short as possible now that we have blue clay in front of us for this year. I tried to prepare for it as best I can and it’s obviously the same for everybody. The only thing that is a little bit disappointing from a player’s standpoint is that this was decided without the players agreeing on it. So that’s the most disappointing thing really. I haven’t tested the courts and as far as I know most of the top players have not tried blue clay. If you don’t have especially the top players testing the court and agreeing on this change, that should mean something. There should be a value in what they say but unfortunately that wasn’t the case. I’m not blaming the tournament because the tournament is fighting for their own interest. The ATP should have done a better job in representing the playerâ€™s rights and protecting what they want and what they say. This is what we have now, this is the situation. I just hope for the players we will not have any injuries and that we can have a decent week of tennis here. 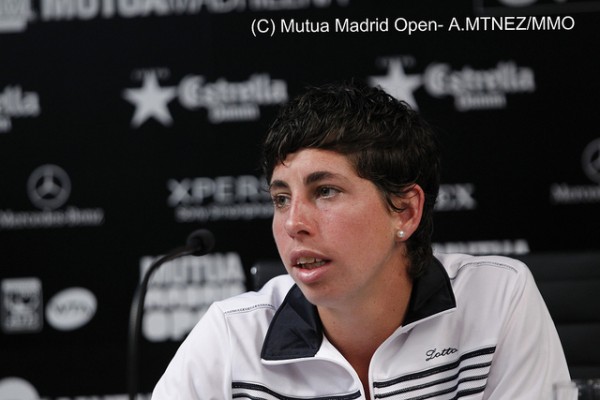 Well it’s true, the blue court, I feel is a little bit different. I feel it’s a little bit quicker too. The clay is very powdery, in some places it’s a bit more slippery than normal clay but I could see quite well. Sometimes the bounce of the ball is not that good but I think that the referees did a really good job on the court. I think that for the spectator the change is good. I think it’s something quite positive. 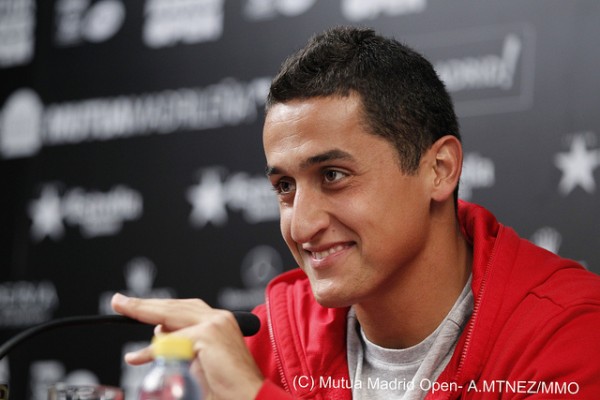 The courts are sliding a lot. It’s a different, unique surface that isnâ€™t used in any other tournament. Being so close to Roland Garros, we would prefer to play on red clay. This surface isn’t in the best of conditions. It is very slippery and I hope there aren’t any injuries.