Tuesdayâ€™s player quotes about the blue clay courts being used at this yearâ€™s Madrid Open: 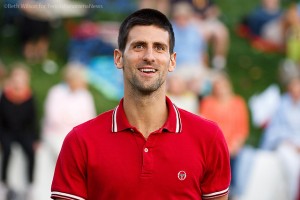 To me that’s not tennis. Either I come out with football shoes or I invite Chuck Norris to advise me how to play on this court.

Center court is impossible to move on. I hit five balls throughout the whole match. With everything else, I was just trying to keep the ball in the court.

When you slide on the red clay you have a feeling you can stop and recover from that step. But here, whatever you do … you are always slipping.

From Djokovicâ€™s Twitter account: First match on blue clay? Ouch. Next time I better bring my skates with me. So slippery out there. 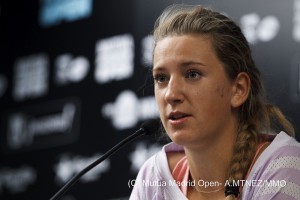 The surface is a bit slippery, but it’s the same for all of us.

I don’t like to complain – it is what it is and it won’t change now. 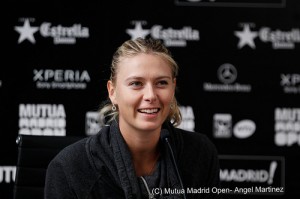 It’s not so much about the color. It does look good on television. But it plays a bit different. It’s about the amount of clay on the court and the way it bounces.

You have to get used to it but I came here after winning Stuttgart and got in four or five days on it. I got settled in so it’s just a matter of adjusting. It’s also the same for everyone.

I did feel a bit of a difference with the amount of clay that is on the court and the bounces were a bit off, especially the first couple of days of practice, but I feel like it’s got better and settled in a little bit.

You just have to work on your balance a bit more. 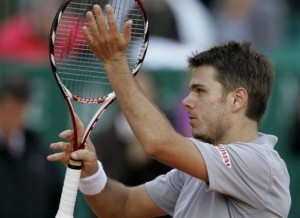 It’s not a problem of color, I don’t care what color they are. But these courts are really terrible. You are skidding a lot and it’s tough to control the ball.

It’s a joke to have such courts at big event like this. 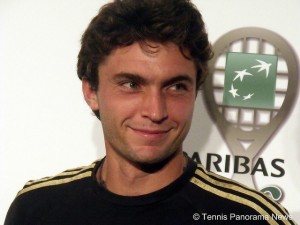 The courts are too slippery they are not the same as red clay.