You are here: Home / Features / Djokovic into Second Round of Roland Garros 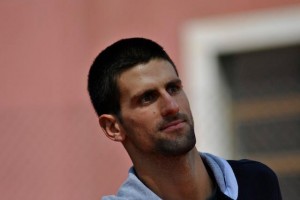 Djokovic is aiming to be the first man since Rod Laver in 1969 to hold all four Grand Slam titles at the same time. Djokovic won 2011 Wimbledon, 2011, US Open and the 2012 Australian Open titles and a French Open crown would complete the challenge.

“Well, pressure is always present. And the way I look at it, it is a privilege and, you know, it’s a challenge,” Djokovic said. “If you feel pressure, that means that you’re doing something that is right.”

“It doesn’t give me an extra negative pressure. I really think it’s a challenge and something to embrace and to enjoy. As I said, I’ll try to go step by step. It’s really too early to talk about eventually getting my hands on the trophy, but it’s definitely a goal.”