You are here: Home / Contributors / Questions to be answered in Atlanta 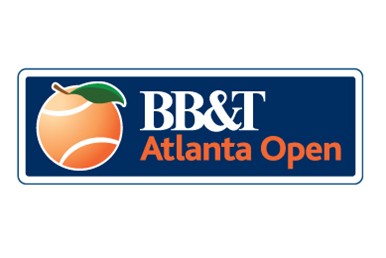 ATLANTA, Georgia – As the curtain goes up on the BB&T Atlanta Open, the questions that come rushing forward seem too numerous to count. First there is a tournament field that includes the top ranked American menâ€™s players in the world, four of which will head back to the All-England Club for the Olympics in two weeks.
The early commitment from Andy Roddick was big for the image of this event. Roddick won his first career ATP title in Atlanta and remains popular despite a recent drop in rankings. A-Rod is looking to ramp up his game before heading back to England.
Mardy Fish is two-time defending champion of this event, and after dealing with health matters in the spring, looks to be ready to go for a three-peat. Fish passed onÂ a spot on the Olympic team and is expected to play at Washington instead. Atlanta will be the most talented field he will face until after the Olympics.
Then there is John Isner. The UGA alum and two-time runner up here is coming to town on the heels of a strong showing at Newport. A great week in front of a supportive crowd could give him the boost he needs headed back to the scene of a disappointing early exit at Wimbledon.

There are still more questions than answers aboutÂ players like Ryan Harrison. The first time Olympian is coming off a semi-final run at Newport. Donald Young is bound for London too, but is in the throes of a 13 match losing streak. Perhaps playing before the home crowd will help he regain the form that made him a hit at the US Open last year. The more interesting story coming to the Atlanta tournament for me has to be Brian Baker, who at this time last year was ranked No. 752 in the world. The one-time junior phenom is now an overnight sensation at age 27 and ranked 76th in the world. Look for a few folks to drive down from Music City to see Baker play in Hotlanta.

But the biggest question may be the new venue for Atlanta’s ATP event. Atlantic Station is a shopping, entertainment and residential development in the heart of the city. It is an idea that is so fresh and outside of the box that some are wondering how the traditional tennis community willÂ treatÂ it. With over 150 thousand card carrying league tennis players in the metro Atlanta area, this is a city that has long been known for choosing to play rather than watch. Let’s see if they will accept and embrace a new approach to professional tennis, not just for Atlanta but for the entire nation. Instead of Tennis Anyone it time to say Tennis Everyone…Enjoy the tournament Ya’ll !!!!

Sam Crenshaw is a 25-year veteran of sports broadcasting. He started his career in Augusta, Ga., working as a sports reporter for WRDW-TV and later worked at WFMY-TV in Greensboro, N.C. He moved to Atlanta in 1997 to become a sports broadcaster at WXIA-TV and is now the weekend sports anchor for WXIA covering amateur and professional sports statewide.