You are here: Home / Features / Draws made for 2012 Olympic Tennis Event 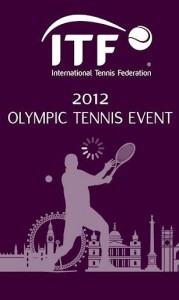 The 2012 Olympic Tennis Event will be held at the All England Club, Wimbledon from 28 July until 5 August. Forty-four countries will compete in this yearâ€™s event

All the latest news from the Olympic Tennis Event can be found on the ITFâ€™s official Olympic websites in English and Spanish:Â www.itftennis.com/olympics and www.itftennis.com/olimpiadas. The ITF has also launched a mobile App that is available for free download to iPhone and Android users. A mobile friendly version of the website is also available.