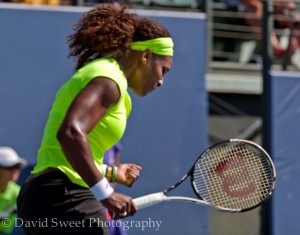 Serena Williams will play Maria Sharapova for the Olympic gold medal on Saturday as both women put in dominating performances against their opponents in their respective semifinals on Friday at Wimbledon. The winner of the match will have a career â€œgolden slamâ€ â€“ winning all four tennis majors plus an Olympic gold medal.

“I really look forward to playing Maria. I haven’t played her in a while,” Williams said. “We always have good matches. She has improved so much. It will be interesting. She’s ranked higher than I am so, again, I have nothing to lose.”

“Obviously it’s tough to play a Russian on the other side of the net, but I’m happy that one of us can go for gold,” Sharapova said. “I knew this was going to be a really tough match. My previous meeting against Maria was really tough â€¦she had so many chances to win that match. And she has been having such a great grass court season, getting to the quarterfinals of Wimbledon.

Should Sharapova win the gold medal, sheâ€™s move into the No. 1 spot.

Williams holds 14 major Championships to Sharapovaâ€™s four. Williams has two doubles gold medals from the 2000 and 2008 Olympics, but no singles medals. This is Sharapovaâ€™s first Olympic games.

Kirilenko will play Azarenka for the bronze medal.