You are here: Home / Features / Montreal Quotes of the Day: You are Always on my Mind 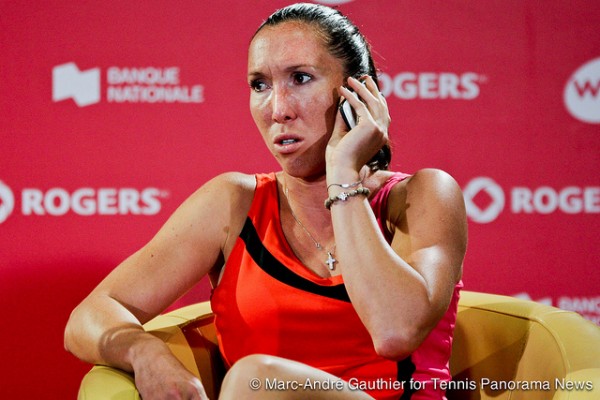 MONTREAL – Rainy days are tough for everyone, but the players seemed especially affected by todayâ€™s grey conditions. Each one of them seemed to only have one thing on her mind…

Roberta Vinciâ€™s backhand is one of the rare one-handed backhands on the WTA and she used it perfectly on Thursday against Ana Ivanovic, especially with a particular type of spin…Is that what made her win today?

Wozniak, on her side, was concentrated on doing the same thing on every point: be concentrated.

-Â Â Â  â€˜â€™I tried to stay concentrated for every point, be steady and hit hard from the baseline.â€™â€™

Even after her loss, Jelena Jankovic really was worried about our comprehension this afternoon. She, you know, said â€˜You Knowâ€™ exactly thirty-two times in, you know, her six answers. Here is the best example:

â€˜â€™You know, there was a lot of things that were in my control that I didn’t do and, you know, she took advantage of that.Â  She took her opportunities, and, you know, obviously won the match.Â  So it was, you know, difficult.â€™â€™

While those answers seem repetitive, it doesnâ€™t seem that bad compared to the weather forecast for the next days: rain, rain, rain and more rain….