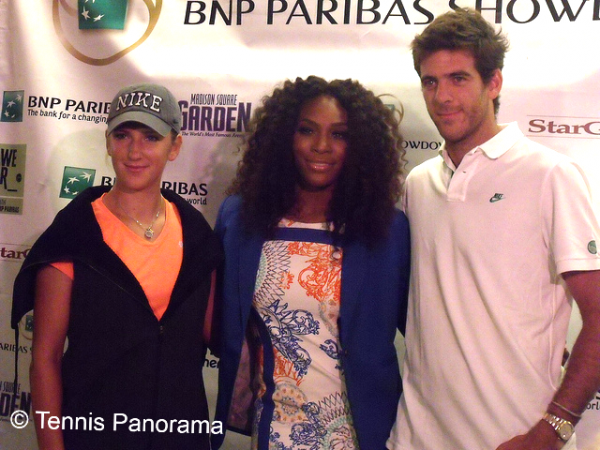 New York, NY – On Wednesday the sixth annual BNP Paribas Showdown at Madison Square Garden was announced. The event which is scheduled for Monday, March 4, 2013 will featureÂ World No. 1 Victoria Azarenka, facing off against Serena Williams. Following the ladies will be Juan Martin del Potro, versus Rafael Nadal. 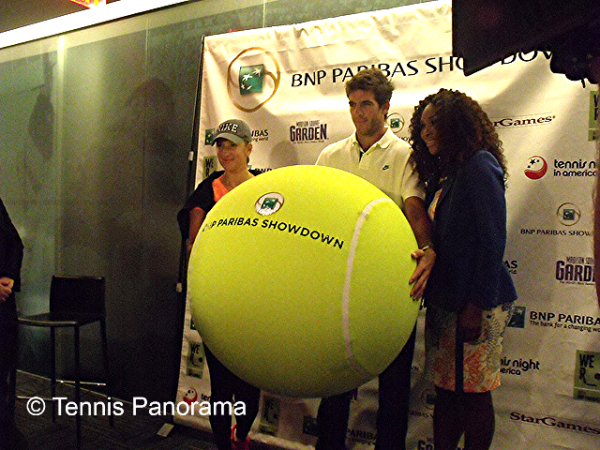 Friday early evening Azarenka, Williams and Del Potro met a select group of media at a small party to celebrate the Showdown.

â€œIâ€™m very proud to be part of this big, big show with big players, Rafa also playing, said the 2009 US Open winner. â€œItâ€™s nice, I will enjoy it.â€

Azarenka also spoke to Tennis Panorama on playing for the first time in Madison Square Garden: â€œIâ€™m really excited to be part of this event and playing against Serena I think will be a great show. I always have been watching it on TV, so itâ€™s definitely a great honor to be a part of and to play in Madison Square Garden, you know itâ€™s extra special. Iâ€™ve never been here so, Iâ€™m really, really excited as well.

Rafael Nadal out of the US Open with a knee injury, was unable to attend.

Azarenka is the top womenâ€™s seed at the US Open which begins on August 27, with Williams at No. 4. Del Potro comes in to the tournament as the No. 7 seed.