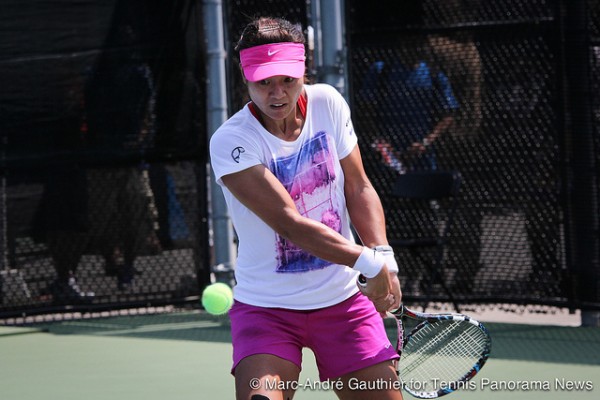 Q.Â  When you were playing, were you reading press?Â  Did you realize that the press was most of the time very positive about you, which doesn’t happen with most players?

Q.Â  Thinking about that, would you like to become a journalist?

No, I definitely read the press in my first few years that I was on tour, and then I completely ignored the press.Â  Also because positive, negative, I didn’t want it to get to me.Â  It did when I was younger whether there was negative press, positive press.

Q.Â  You had more positive than anybody else.

I’ve always been a sensitive person.Â  I always took things very personally, so after a while I completely not just ignored, but I had a habit the not even reading.

I followed results on tour and I watched the news, but whenever I saw my face somewhere I either skipped through the page or kind of changed the channel quickly.

Q.Â  So you don’t want to be a TV commentator?

KIM CLIJSTERS:Â  No, no.Â  It’s too easy to comment on players on court.Â  You know what I mean?Â  No.

Q.Â  Are you able to talk a little bit about what happened at the ending with the shuffle?

SAMANTHA STOSUR:Â  Well, LMFAO was sitting in the box.Â  I met him before my match.Â  I figured, well, there’s only going to be maybe one chance you can do that at the US Open with him there.

SAMANTHA STOSUR:Â  Well, he loves tennis.Â  He’s friends with one of the WTA staff.Â  She was showing him around the center here.Â  Yeah, came by the table, said hi.Â  Yeah, worked out that he’s a mad tennis fan, loves playing, is going to be here for a fair while.Â  It was pretty cool.

Q.Â  Was it a spontaneous thing?

SAMANTHA STOSUR:Â  I thought maybe I would, but then I thought I would chicken out.Â  Then I thought, I got to do it.Â  I got it out there.

SAMANTHA STOSUR:Â  I don’t know.Â  I’m sure I looked like a goose.Â  I’m waiting for someone to tell me if it was all right or not.

Q.Â  You’ve said that you feel like the game owes you a few years because of all the time you’ve been out.Â  How do you feel physically?

TOMMY HAAS:Â  I guess the disappointing thing is when you lose a match you’re always disappointed, no matter what.Â  But obviously at this stage it really hurts.Â  You know, I’ve had some great last four months.Â  The position I’m in right now, I don’t think I would have ever thought to get back for it.Â  Just kind of hoped for it and tried to do everything to make that happen.

To be seeded here and be in this position is fantastic.Â  You know, to go out in the first round is frustrating.Â  But the sad thing is really, too, even Wimbledon, if it’s a bestâ€‘ofâ€‘three sets I win the match, even like today.Â  I end up losing it in five.

Sure, it’s tough when you are getting a little bit older, the recovery, even when you are quite fit.Â  Maybe one half step or just a half step might be missing.Â  You know, it’s just not enough against these young, fit guys sometimes.

You start playing tennis that you’re not supposed to play, go for too many shots and you’re not really playing percentage tennis, and that’s how you can end up losing.

Q.Â  I remember when you were one of the young guys here.Â  It’s hard to believe this is your 15th US Open.Â  More than any other man in the draw, how many more of these do you see yourself playing?

TOMMY HAAS:Â  You know what, I love this game.Â  Even days like today, this is part of the sport, even though I’m obviously very, very frustrated.Â  I’m going to be in a shitty mood for a couple days, that’s for sure.

You know, you look back, you look at some of the wins that you had and the feelings that it gives you, the positives, the negatives, and it’s always a rollercoaster ride when you’re in sports or competing.

That’s what you get to love about it, but it can also be brutal.Â  That’s certainly one moment right now.

But I’ve put myself in a position to pretty much have a full calendar year next year.Â  And why not?

MARIA SHARAPOVA:Â  (Laughing.)Â  He deserves a little attention once in a while.

Q.Â  What would you say is the best fashion statement you ever made on the tennis court, in your mind?

MARIA SHARAPOVA:Â  I think the successful ones are always the ones that are unexpected and different.Â  I think for me it was during the time when my dresses weren’t for sale yet.Â  They were quite expensive to produce, so you could do a little bit more.

You could, you know, use materials which are just too expensive to go into the mass market or details that are just too hard to perfect when you’re doing many dresses.

I mean, the dress that I won in here was pretty special.Â  It would be extremely expensive to have at retail.Â  That’s probably why you can’t replicate something like that.Â  If you ever do, it will never have that special feel to it.

I’ve had a few.Â  I mean, I’ve wore this corset top that was part of the Nike dance collection in Miami one year which zipped up the front which was different for the tennis court.Â  A few here and there.

Q.Â  Was there ever one that inhibited you from playing properly?

MARIA SHARAPOVA:Â  No, because I usually wearâ€‘test all the dresses that we design.

Q.Â  Do you prefer sometimes being the bad guy, not being cheered?Â  Does that drive you at all?

MARIA SHARAPOVA:Â  It’s a different type of emotion.Â  I’m usually in my own little bubble when I play.Â  You can certainly hear the crowd, the emotion, the energy from the crowd.

But I try to stay pretty levelheaded about the energy swings.Â  Or if you’re up so much, you’re winning games, your opponent wins a game, the crowd goes crazy.Â  I try not to focus too much on that and let that affect me.