You are here: Home / Features / Klizan Upsets Tsonga to move into Third Round of US Open 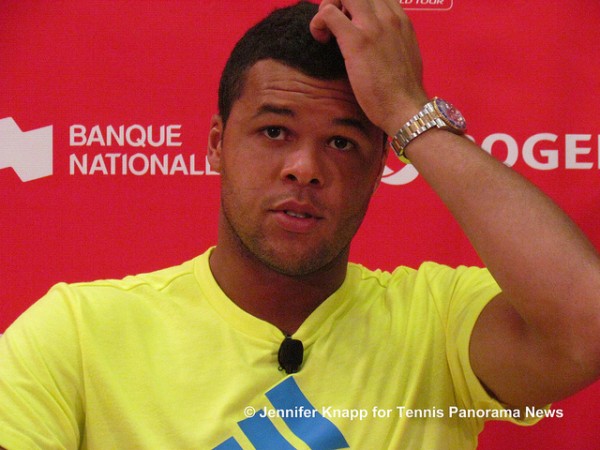 â€œI was coming to the match to play a very solid game,â€ said the 52nd ranked Klizan.Â  â€œI wanted to play really good tennis to play with the top star player.

â€œI played very, very well today.Â  I mean, I was concentrating each point and I won; I’m very happy that I did.

â€œSo it was a little bit different set than the first one.Â  Then again, I started to feel better and better after each point and I won 6â€‘1, and then I broke him first game again the fourth set and I was holding the serve good.Â  ThenÂ I made a very, very â€‘â€‘Â a lot of unforced errors when I was leading 4â€‘0.

â€œIn the second set I played well,â€ said Tsonga. â€œBut anyway, at the beginning of the second set also it was dangerous for me, and finally I came back.Â  I don’t know, today I was not in a good shape.Â  I didn’t play, you know, good tennis.

â€œIt seemed like I couldn’t, you know, hit the ball enough hard, you know, to put my opponents out of position.Â  I don’t really know why it was like this today, but sometimes it’s happen with me.Â  I don’t know, I guess.â€

â€œThird round, I think it’s my best result in my career, and I’m looking forward to play Saturday third round.Â  There is a chance to win again.

â€œI mean, it’s like this.Â  It’s tennis, you know.Â  Today I didn’t play my best tennis and my opponent was better than me, you know, whole match I think, and that’s it.

â€œI’m disappointed, because anyway, it’s a major and I didn’t lost this round, you know, since couple of years now.

â€œYeah, so I’m disappointed, but anyway, you know, it’s tennis.Â  Sometimes you win; sometimes you lost.

â€œOf course, it’s always sad when you lost, but, you know, I will wait for another good moment.Â  I will forget it.â€

Klizan will face the winner of Jeremy Chardy â€“ Matthew Ebden for a spot in the fourth round.