You are here: Home / Features / Fish Rallies from Two Sets Down to Win at US Open 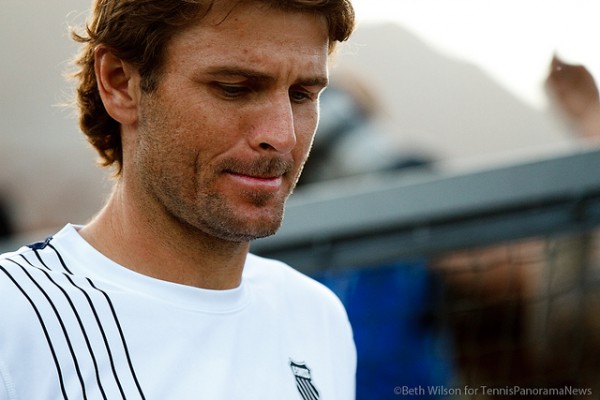 â€œYou swing a little bit more freely when you’re down like that.Â  But, yeah, I mean, I was tight,â€ said Fish.Â  â€œI was nervous.Â  I wasn’t playing well, and he was.Â  That’s why I was down two sets to love.â€

â€œIt’s a big stage obviously just to win on, period.Â  But to be able to come back like that, especially against a great player, he’s been to the semifinals twice here.Â  He’s playing great tennis.Â  His results recently haven’t been where he’s played consistently.Â  He’s sort of been up and down.Â  Maybe that’s what I was relying on a little bit, because he was playing great the first two sets.â€

Fish missed two months during the year with an irregular heartbeat.

Itâ€™s the 10th time in the tournament this year that a man has come back from two sets down to win.