You are here: Home / Features / Kerber takes out Venus Williams at US Open 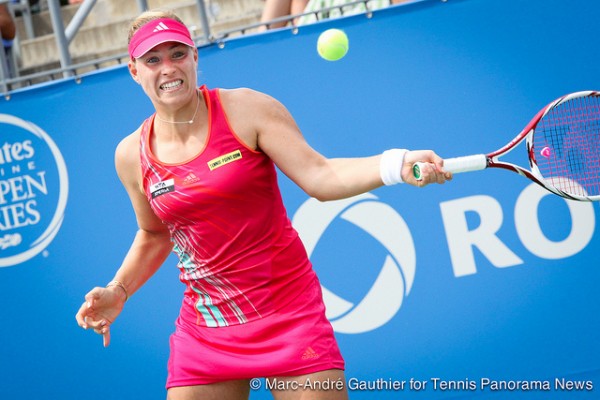 FLUSHING MEADOWS, NY â€“ Venus Williams came within two points of upsetting the No. 6 seed Angelique Kerber who came back from 2-4Â  down in the third set to pull out 6-2, 5-7, 7-5 in a match that lasted 2 hours and 45 minutes.

The American finished the match with 16 double-faults and 60 unforced errors.

Despite the loss, Williams savored the moment. “I know this is not proper tennis etiquette, but this is the first time I’ve ever played here that the crowd has been behind me like that. Today I felt American, you know, for the first time at the U.S. Open,” Williams said. “So I’ve waited my whole career to have this moment and here it is.”

“Venus is such a great player.Â  Everybody was against me,” Kerber said of the crowd clearly cheering for Williams, but it did not matter to the German.

Williams, asked about Andy Roddickâ€™s retirement announcement an if she ready to retire herself: “No, because if I could have made two more shots, I probably could have won that match. I think there’s a big difference for me because I’m beating myself. I’m not getting destroyed out there. If I was out there and people were killing me, maybe it’s time to hang it up.”

It was Kerberâ€™s 55th win of the year and sheâ€™ll face next in the third round Olga GovortsovaÂ of Belarus.