You are here: Home / Events / Serena Williams, Agnieszka Radwanksa, Raonic and Roddick to Participate in “Face-Off” 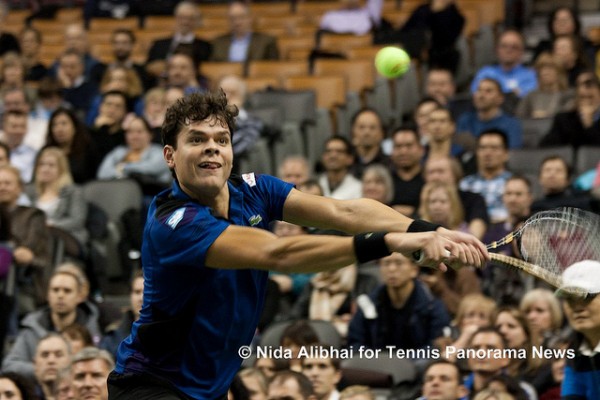 Toronto, September 10, 2012 â€“ Tennis Canada and Lagardere Unlimited announced Monday that â€œThe Face-Offâ€ will return to Canada in November with a new roster of superstar tennis players. Joining Canadaâ€™s No. 1 singles player Milos Raonic, will be former world No. 1 Andy Roddick, who recently retired from tournament play at the US Open, 15-time Grand Slam champion and recent US Open titlist Serena Williams and current world No. 3 and 2012 Wimbledon finalist Agnieszka Radwanksa. The â€œFace-Offâ€ will be held in Toronto at the Air Canada Centre on November 16 at 7 p.m.

â€œIâ€™m excitedÂ toÂ have the opportunity to play thisÂ unique event againÂ this year,â€ said Raonic. â€œOther than at Rogers Cup once a year and the occasional Davis Cup tie in Canada, I donâ€™t get to play in front of the home crowd very often. ThisÂ event givesÂ me the chance to play in front of my Toronto fans, friends and familyÂ while showcasing some of the all-time great players like Pete Sampras last year and now Andy and Serena.Â It’s going to be great to give Toronto fans another chance to see world-class tennis again this year.â€

â€œMilos, in a very short period of time, is already one of the big names in tennis,â€ said Roddick. â€œThis event is a great showcase for him and for tennis and Iâ€™m really looking forward to being part of it. I always loved coming to Toronto throughout my career and I missed the chance this summer due to injury before I retired. It will be great to get back there in November for the chance to thank all the fans who supported me over the years.â€

In addition to the marquee match-up between two of tennisâ€™ biggest hitters, Raonic and Roddick, the evening will feature a re-match of this yearâ€™s Wimbledon final between Williams and Radwanska. The foursome will also pair up for a mixed doubles match, as well as with some special celebrity guests who will join in on the action.

â€œMilos reminds me so much of Andy and what he did for American tennis when he burst onto the tennis scene with such a huge serve and powerful game,â€ said Williams. â€œI am really excited to play in this event with him, Andy and Aga and help support the huge growth of tennis in Canada.â€

â€œIt is really an honor for me to play with Andy, Milos and Serena in this event,â€ said Radwanska.Â  â€œIt was a dream come true playing in the Wimbledon finals against Serena and I am so glad I get a chance to play her again in Toronto.â€

Tickets will go on-sale to the public on Monday, September 17 at Noon ET. For all events and games at Air Canada Centre, tickets can be purchased at the Ticket Office located in the west end of the Galleria near Gate 1. Fans may also purchase tickets for an event coming to Air Canada Centre by calling Ticketmaster at 1-855-985-5000, visiting any Ticketmaster outlet or online at the Ticketmaster Canada (www.ticketmaster.ca) website.Â  Ticket prices (incl. HST) range from $35-$150 (plus FMF and service charges) with a family 4-pack available for as low as $25 per ticket. For more event information please visit www.faceofftennis.com.