You are here: Home / Contributors / Say “No” to Best of Three 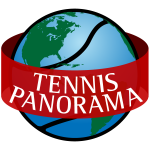 Why is it that tennis writers and former players always seem to be agitating for changes that would result in less tennis being played in the pro ranks? For years, weâ€™ve been hearing that the Davis Cup shouldnâ€™t be an annual event, and that tennisâ€™s offseason should be longer. Now during the first week of this yearâ€™s U.S. Open, the buzz was all about reducing the menâ€™s matches from best of 5 to best of 3 in majors.

Ben Rothenberg made a best-of-3 pitch in the New York Timesâ€™ U.S. Open Preview issue, ESPN tennis analystâ€™s Darren Cahill and Patrick McEnroe said that the idea was getting some traction and merited further discussion and Billie Jean King wrote a piece for The Huffington Post arguing the same point.

Iâ€™m a tennis fanatic and I live for dramatic five setters. While Cahill and others have said that the Olympics best of three until the final format proved that best of three could be as compelling as the best of five majors, I had the opposite experience. For me, the Olympics felt no different than a Masters 1000 series tournament like Toronto, Cincinnati and the rest.

King maintains that the men should play less in order to avoid injuries like the one thatâ€™s kept Rafael Nadal out of action this summer. But there are scores of current and former players that continued to win into their 30â€™s under the best of 5 format- Jimmy Connors, Ken Rosewall, Roger Federer, Andre Agassi- and some athletes from every sport will sustain injuries no matter how many sets they play.

Rothenbergâ€™s primary justification for paring back the length of menâ€™s matches is the notion that the player who is leading at the end of 3 sets nearly always wins the match. He cited a statistic indicating that the player leading after the first three sets won 90% of matches in the last five years, but this yearâ€™s Open certainly bucked that trend.

There was a total of 23 five setters, with 10 players coming from 2 sets to love down to win in the first four days, tied for the second most in the Open era, and only 4 behind the all time record set at the 2002 Australian Open. Of the 23 five setters, the player who was winning at the end of the 3rd set won on only six occasions.

If the final had been straight sets win for Andy Murray, just imagine all the drama we would have missed out on. The match was full of plot twists, and despite the fact that it lasted almost five hours, the crowd didnâ€™t want it to end. After Murray won the first two sets, the crowd seemed to shift allegiance to Djokovic-because they wanted more tennis- and then shifted back to Murray in the 5th.

One could argue that this yearâ€™s draw has been the exception, not the rule, but consider how different tennis history would be if the men had been playing best of three in the majors during the Open era. Roger Federer wouldnâ€™t have a career slam, because at Roland Garros in 2009, his one win there, he would have lost to Tommy Haas in the Round of 16. And he wouldnâ€™t have regained the #1 ranking, breaking Pete Samprasâ€™s record for weeks in the top spot, because he was down two sets to love in the 3rd round of Wimbledon this year against Julien Benneteau.

In a best of three set world, Rafael Nadal would have lost to Robin Haase in the 2nd round at Wimbledon in 2010, rather than winning the title; Novak Djokovic wouldnâ€™t have won this yearâ€™s Australian Open or the 2011 U.S. Open; and McEnroe would have a career slam, having beaten Lendl in the final of the â€™84 French, rather than blowing a two set to love lead, but he wouldnâ€™t have won Wimbledon or the U.S. Open in 1980.

Neither Michael Chang nor Boris Becker would have won majors at 17, and Becker wouldnâ€™t have won Wimbledon or the U.S. Open in 1989. The point here is twofold: first, it isnâ€™t that uncommon for players who are trailing at the end of three sets to win the match and then go on to win the tournament, and second, the better player is more likely to prevail in best of five set encounters. For obvious reasons, fans want to see Rafael Nada late in the final, not Robin Haase; Roger Federer not Julien Benneateau. If the menâ€™s game switched to best of 3 sets now, it would also make it difficult to compare records from one era to another.

But the most important reason for keeping the best of five format is that five set matches test a playerâ€™s mental and physical strength in a way that three setters donâ€™t. All of the most dramatic menâ€™s matches Iâ€™ve seen in my lifetime- Federer-Nadal in the final of Wimbledon in 2008, Federer- Roddick at Wimbledon in 2009, Borg-McEnroe at Wimbledon in 1980, Lendl-McEnroe at the â€™84 French, Connors-Krickstein at the â€™91 U.S. Open, Isner- Mahut at Wimbledon in 2010, and McEnroe-Becker at the Davis Cup in â€™87- were five setters.

Yes, five setters are tough on the body, but at most majors, the players have a day off in between most of their matches. And, letâ€™s face it; watching guys overcome cramps and other injuries to win is high theater. Who could forget watching Pete Sampras gut out a win over Alex Corretja at the U.S. Open in â€™96 after throwing up in the plants at the back of the court?

Tennis writers often suggest making dramatic changes to the sport, but I love tennis too much to advocate any changes that would result in less tennis. As far as Iâ€™m concerned, the sport is just fine the way it is.