You are here: Home / Features / Wozniacki Nets First Title of The Year in Seoul 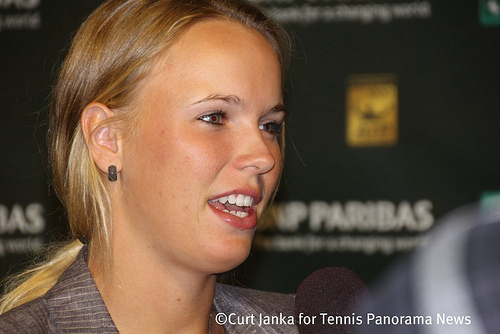 Caroline Wozniacki ended her drought of tournament titles by netting the title at Korea Open in Seoul by dropping only on game to Kaia Kanepi in the final.

No. 11 Woznicki stopped Kanepi 6-1, 6-0 for her first tournament victory since capturing the New Haven Open crown back in August of 2011. The Dane avenged her third round loss to the Estonian at this year’s French Open.

“Today I did well at turning defense to offense and offense to defense, “ Wozniacki said. “That’s actually a strength of mine. I want to enjoy it and be positive – so that’s what I’m thinking about right now. I want to build up for the next season and hopefully my results this week will help me move forward and get back to playing my best.”

“My season has definitely had its ups and downs because of my injuries, “ Kanepi said. “But last year was the same, and my whole career has been a little bit up and down as well. It’s nothing new and I’m used to it.”

This was Wozniacki’s 19th WTA title.