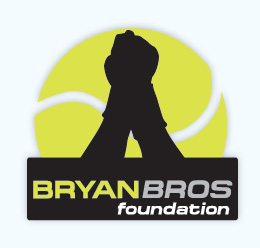 Camarillo’s Mike and Bob Bryan will host the Cool Planet Tennis Fest benefitting their own Bryan Bros. Foundation on Friday, Sept. 28, beginning at 4 p.m. at the Spanish Hills Country Club in their hometown of Camarillo.
The twins, who won their first Olympic gold medals at the London Summer Games, have spent more than 200 weeks in their career as the world’s No. 1-ranked doubles team. They won Grand Slam No. 12 last month at the US Open.
Both the Ventura County Junior Tennis Association and the Santa Barbara Tennis Patrons are the major beneficiaries of the event, as well as other local causes and regional charities supported by the Bryan Bros. Foundation.
The day will consist of a Pro-Am with spots currently being filled, according to Spanish Hills Director of Tennis Dave McKinney. One the of most enjoyable aspects is the delicious foods, wines and beverages that can tasted from top area restaurants and wineries that all the fans and spectators have the chance to enjoy in a fun, entertaining atmosphere. The day will conclude with a concert performed by the Bryan Bros. Band.
Past participants include Mardy Fish, Sam Querrey, Lindsay Davenport, Sloane Stephens, Rick Leach, Ken Flach, Derrick Rostagno, Jim Grabb, Hank Pfister, Steve Johnson, among other pros.
Tickets, VIP tables and spots in the Pro-Am can be purchased through the website at www.bbtennisfest.com or by contacting Spanish Hills at (805) 388-5000, ext. 362.