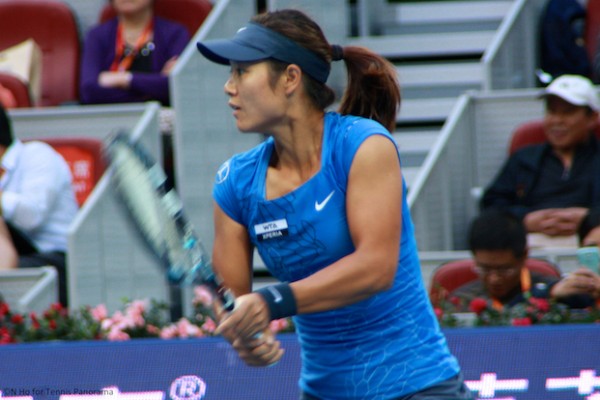 China’s Li Na has secured the eighth and final singles place at this year’s TEB BNP Paribas WTA Championships, which will be staged at the Sinan Erdem Arena in Istanbul, Turkey. The WTA’s year-end finale, to be held from October 23-28, will feature the world’s top eight singles players and top four doubles teams, competing for the coveted title and a share of $4.9 million in prize money.

“I would like to congratulate Li Na on qualifying for the TEB BNP Paribas WTA Championships-Istanbul for the second successive year, which is an amazing accomplishment,” said Stacey Allaster, WTA Chairman and CEO. “She is one of the WTA’s most popular players and will proudly represent her country, as she continues to inspire a generation of players in China. I am also thrilled that for the first time in the history of our Championships, the singles field will feature players from all different countries, which underscores the incredible global reach of our sport and athletes.”

“In the last two years, I have played the best tennis of my career and I am excited to return to the TEB BNP Paribas WTA Championships again this year,” Li said after defeating Radwanska in the quarterfinals at Beijing.

One of five Grand Slam singles champions to compete in the Istanbul, Li won 10 matches in 11 days during the US Open Series to win the sixth WTA singles title of her career at the Western & Southern Open (Cincinnati) and finish runner-up at Rogers Cup (Montréal). The 30-year-old also advanced to the final at the Apia International Sydney and Internazionali BNL d’Italia (Rome) and was a four-time quarterfinalist at BNP Paribas Open (Indian Wells), Sony Open Tennis (Miami), Porsche Tennis Grand Prix (Stuttgart) and Mutua Madrid Open.

Li made her Championships debut at Istanbul last year, where she bowed out in the round-robin stages.