BEIJING, China – After capturing the China Open title, Novak Djokovic thrilled fans with his imitation of the dance from the hit “Gangnam Style” by South Korean rapper Psy. 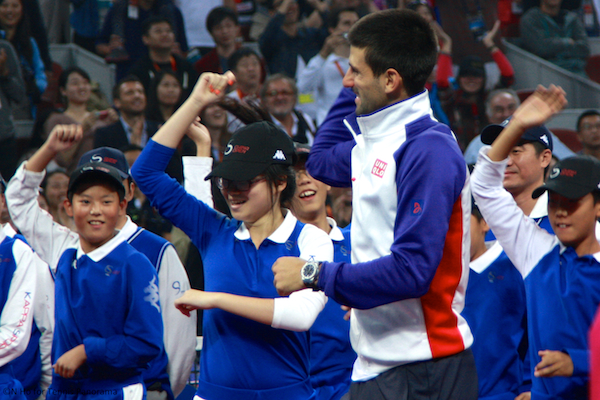 Djokovic said he did not rehearse the dance and that if he wins next week in Shanghai he might do it.  He was at first a little hesitant to do it but then joined in the fun with the ball boys and ball girls. 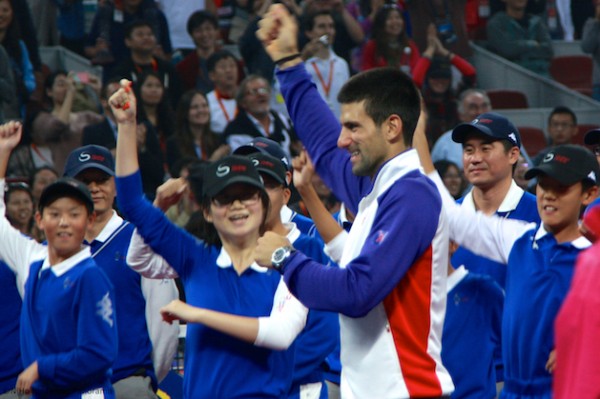 “No rehearsals,” Djokovic said.  “The only time I have done it, I think, was a week ago.  The song is quite catchy, so I might do it again in Shanghai.  Depends.

“For next year, we’ll see if ‑‑ I get a lot of feedback from the fans.  So if the fans have something to suggest, I’m open for any suggestions and maybe we can work something out for next time.” 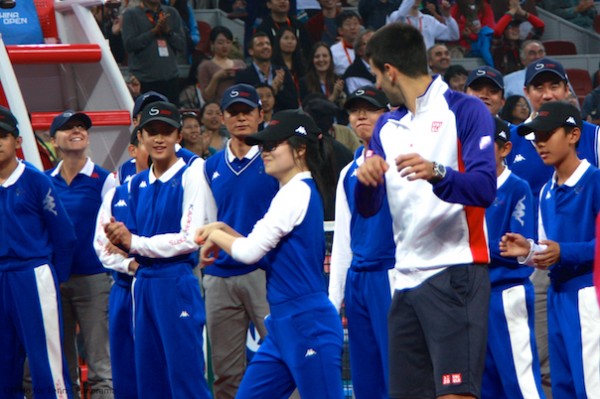 Djokovic later added, “As I said, nothing was planned.  But I was talking to the fans that actually suggested me to do that dance in the end of the tournament in case I win the tournament.

“So I had to hold my promise, and it was fun.  You know, I think it was obvious that I was the worst dancer there out of the small group, but it still was quite a lot of fun.”

The video to “Gangnam Style” (shown above) has gone viral since its release in July 2012 on YouTube where it has been viewed more than 390 million times.