You are here: Home / Features / Tennis Australia and ATP Issue Statements on Player Meetings in Shanghai 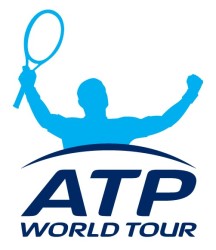 The ATP Player Council has been meeting with Tennis Australia and the ATP during the Shanghai Masters tournament. On Thursday, the ATP and Tennis Australia released Statements in regard to the discussions.

“Tennis Australia has had some very constructive and positive discussions with the ATP and the Player Council.

“We feel we have been well received and are buoyant about the future. We have talked about our long term plans for player compensation, including further significant increases, and the feedback we have received from the ATP and the players has been positive.

“We have plans for further discussions regarding distribution and will also be having talks with the WTA to get their feedback.

“Our intention has always been to make a major contribution toward improving the compensation of professional tennis players to make their profession more viable throughout their ranks. The attitude of the players has been very pleasing.”

“The ATP has had encouraging and positive discussions with Tennis Australia regarding the long term plans for player compensation at the Australian Open. Tennis Australia deserves credit for the way they have recognized the significant input the players have in the success of the tournament.

“I’m delighted the players have given their full support to the ATP leadership during this process with the Australian Open, as well as backing our decision to pursue this issue through constructive dialogue. I am confident that the ATP and our players will remain committed to the ongoing discussions with the other Grand Slam tournaments.”