You are here: Home / Front Page News / Notes and Quotes from Day One at the WTA Championships

(October 23, 2012) A few of the more unique quotes from news conferences from day one of the WTA Championships in Istanbul from Serena Williams, Agnieszka Radwanksa and Maria Sharapova. 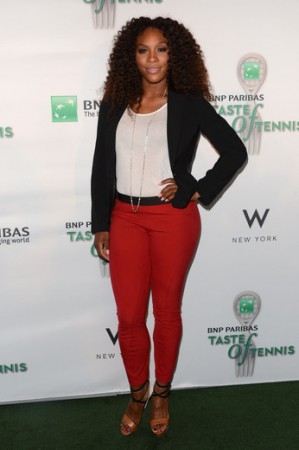 No.1 Ranking or Winning Majors?

“But, you know, for me, I just feel if I keep winning tournaments, majors, tournaments like this, and playing well and consistently, the ranking will come.”

Asked about if she remembered her first WTA Championships:

Scheduling now with the RoadMap versus 2009:

I think above all, that has been a great model for our female tennis players.  I think that’s the reason why it’s been so successful.”

“ Being on both sides (younger players seems to feel the roadmap is less flexible) I feel like this is pretty cool, because there are some events that you know you’re going to be able to play week in and week out.  You have your big events and your other events.

“So I have nothing to complain about, because I think this is much better than the other system.”

On drug testing in tennis:

“Stringent enough is putting it mildly.  People show up at my house at 5:00 in the morning trying to test me.  You never know when they come.

I mean, I think, yeah, I get tested a lot.  I don’t know about the other players, but for me it’s a pretty intense system, and I know a lot of the players feel the same way.” 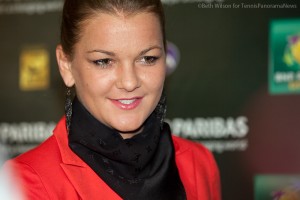 “It’s always a good and a bad side.  For sure it change a lot, especially for the top 10 players.  We have a lot of commitments and tournaments to play.

“But I think it’s also a lot of good things.  It’s much more bigger tournaments, so it’s a little bit more to choose.  They are trying to make it a little bit easier for us.  But I think I can’t complain right now.

Pretty much I know all my tournaments for next year, and that’s why I think I don’t have a problem to choose the tournaments.”

On drug testing in tennis:

“Considering I landed from New York and my first day back at home I got a wake‑up call at 6:00 a.m., I think that’s enough.  (Laughing.)

Yep, knocking on my door.  I was like, Thank you.  Welcome home.

“I know it seems difficult to have to give one hour every single day, but I usually have my hour somewhere in the middle of the night because I’m not going to be anywhere but in my bed.

“If they come get me up they can wait and I can wait until I have to go to the bathroom.  It’s the most awkward thing when they knock on your door at 6:00 in the morning in you’re walking around in your robe and your dog is going, What is going on?  Who are these strangers?  It’s just a really bizarre situation.”

“I would love to see the candy here.  I had an attempt of bringing two bags with me, but between me and my team they were gone on the plane.  Turkish Airlines swallowed them up.

“I would love to see the candy come here.  It’s going to be actually available internationally in a couple weeks, so people if want to order online at sugarpova.com it will be able to come to Turkey.

“Great news.  I’ve been getting a lot of mail that people are upset they can’t get it around the world.  So, you know…”