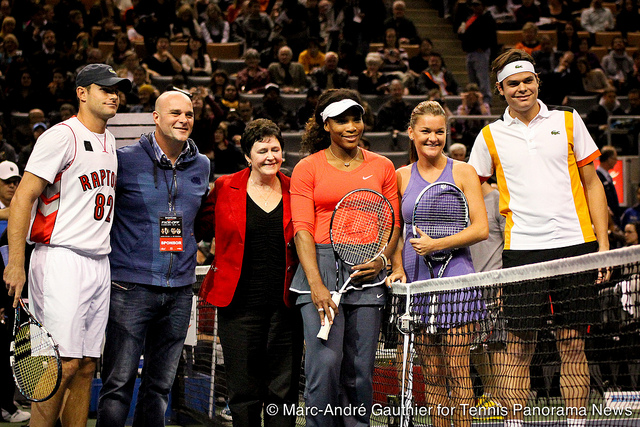 When asked about if Roddick should consider a comeback, Raonic said “I hope not.”

“What kind of shape am I in now? Well round is a shape,” Roddick joked. “I had a very detailed retirement plan, and I feel like I’ve met every aspect of it – a lot of golf, a lot of carbs, a lot of fried food, and some booze, occasionally – I’ve been completely.

No. 3 and 15-time major champion Serena Williams lost to No. 4 Agnieszka Radwanska 6-4, 6-4 in a rematch of the most recent Wimbledon final.

The evening began with a “hit and giggle” mixed doubles match between Team Canada represented by Raonic and Radwanska versus Team USA’s Roddick and Williams.

All photos by Marc-André Gauthier