You are here: Home / Approach Shots / Chef Pierrick Boyer Serving Taste of Tennis Down Under 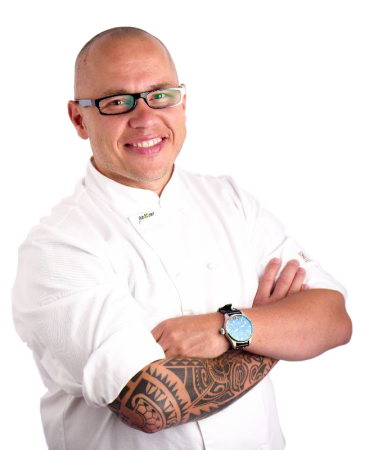 (January 4, 2013) The Australian Open is less than two weeks away and with the anticipation of an upcoming major, Melbourne will play host many pre-tournament soirees. One of the very special events will be the Swisse Taste of Tennis – where the culinary world meets the tennis world to raise funds for charity. This is the sister event to the Taste of Tennis in New York which has kicked off the US Open for the past 13 years.

Tennis Panorama News caught up with award-winning international pastry chef, Melbourne resident Pierrick Boyer, who will be one of the featured chefs at Taste of Tennis. Boyer has 21 years in the field working with some of the industry’s most internationally renowned chefs.

Boyer has participated in the event four times. “Let’s not forget it’s a charity event and it is one of my favorite events of the year,” Boyer emphasized. “It is fun, there is beautiful food, we talk about sports and there are great people who want to make a difference. I love giving my time for charities, tennis, food and promoting Melbourne.” Boyer is the Head Pastry Chef of Le Petit Gâteau in Melbourne.

“Yes, I am a big (tennis) fan,” Boyer said. “I’ve been to the Indian Wells Tournament, because I lived nearby for five years and, of course, the Australian Open where, luckily, I did some cooking classes for the tennis players. I had the pleasure to meet Aleksandra Wozniak, Arina and Anastasia Rodionova, Gael Monfils and Henri Leconte, Mansour Bahrami, who are fantastic to see on the court. And I used to play years ago,” Boyer said with a smile.

I asked Boyer if he thought there was a similarity between chefs and tennis players, since both have intense training and travel all over the globe. Also many of players seem to be “foodies.”

“I agree,” said Boyer.” We have this in common with some chefs who travel the world and I am lucky I can do this as well, several countries are already scheduled for my desserts making workshops overseas. But the life of a tennis player is hard as well, loads of traveling and that’s a lot of time away from home.”

As far as which tennis players he thinks would be good pastry chefs, he tips Arina Rodionova and Aleksandra Wozniak. “With a bit of practice Arina Rodionova could be because I know she enjoys my pear and almond tart. She had this for her birthday.”

So what inspired him to launch a career in the world of pastry? “At four or five years old, we were living next to a pastry shop at Croissy Sur Seine, near Saint Germain en Laye! And every time my parents were looking for me, I was next door sampling ice creams, cakes, croissants… hahaha.” 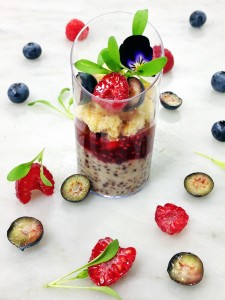 As far as what special dish he will be preparing for Taste of Tennis, he said “It’s a gluten free, dairy free, very healthy dessert.”

The Swisse Taste of Tennis takes place on January 10, 2013 at Grand Hyatt Melbourne from 7pm-10pm with an after party at Silk Road Melbourne. Tickets for the event can be purchased at http://www.swisseactivetasteoftennis.com.au

The event benefits the charities Diabetes Australia-Victoria and National Institute of Integrated Medicine (NIIM), which will receive 100% of the proceeds raised.

Karen Pestaina is the woman behind Tennis Panorama News