You are here: Home / Contributors / Marathon Man Tipsarevic Through to First Australian Open Round of 16 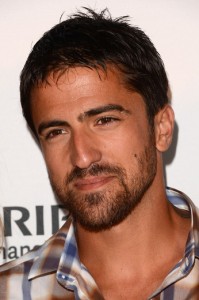 (January 18, 2013) MELBOURNE PARK, Australia – Janko Tipsarevic has won through to the fourth round of the Australian Open for the first time in nine appearances after defeating Julien Benneteau in a gripping five set encounter on Margaret Court Arena on Friday.

He becomes just the second Serbian to complete a set of round of 16 appearances at the majors after world number one Novak Djokovic.

Benneteau used some smart net play early on in the match to take advantage of Tipsarevic’s lack of movement and claim the first set 6-3.

The Serbian struggled to get himself into the match, clearly fatigued from an epic second round encounter in which he defeated Lukas Lacko in five grueling sets.

He began picking up his game in the second set, saving break point opportunities and keeping the set on serve. He capitalized on his first set point opportunity with Benneteau serving at 4-5 30-40, producing an excellent backhand passing volley to level the match.

The Frenchman came out all guns blazing in the third set, claiming two breaks to close the set out 6-2.

Neither player could gain an advantage in the fourth set as it remained on serve to 4-5 with Benneteau serving. Tipsarevic made his move when it mattered at the same moment he did in the second set, pushing Benneteau to go down 0-40 on serve and claimed the set 6-4.

The fighting spirit of Tipsarevic never let up during the match as the fiery Serb bought himself a break in the second game of the final set with some punchy play to go ahead 2-0.

Benneteau looked tired by this stage as Tipsarevic picked up his game and began to serve bigger and come into the net more to try and finish points quicker.

Benneteau saved three match points down 0-40 while serving down 2-5 to force Tipsarevic to serve for the match. Tipsarevic missed a forehand on his fourth match point opportunity before closing it out on his fifth opportunity with a body serve that Benneteau couldn’t return. He finished the final set in 40 minutes and will move into an Australian Open fourth round for the first time in his career.

“You know I think it’s good for the crowd to watch me play but it’s really not good for my legs.” Tipsarevic said on court after the match. “I feel really tired and I consider myself lucky to win a match like that. It was a really windy day and Julien played a good match and nobody knew until the end who would win and it could have gone either way. I really consider myself really lucky to win that match.”

On his preparation for his fourth round match he said, “I guess my coaches are already preparing the ice bath for me. Tomorrow I’ll just have an easy hit because after playing Chennai and after Lleyton and today I think I’ve played enough tennis.”

Tipsarevic will play Nicolas Almagro on Sunday for a spot in the Australian Open quarterfinals.

“If I’m really wanting to go deep into the tournament, potentially playing Nicolas Almagro on the heat, my legs are going to feel the five‑set matches which I played in the last two rounds,” Tipsarevic said.