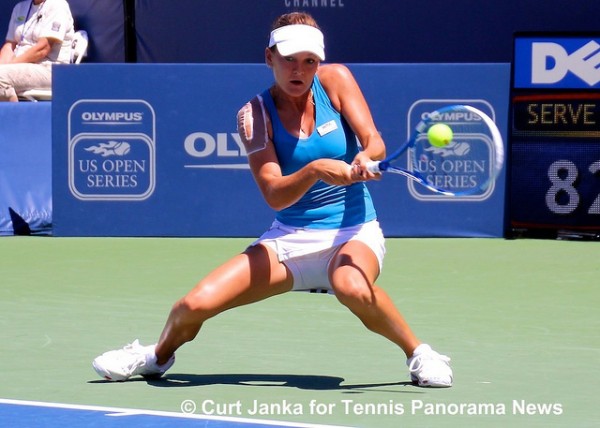 With the win, Radwanska extends her consecutive match winning streak to 13 in 2013, and she has yet to drop a set for the season thus far. She won the titles in Auckland and Sydney coming into the Australian Open.

“Well, what can I say? I’m just very happy that I can play on the very high level. Already 13 matches not even losing a set. Well, I hope I can keep going three more.”

Radwanska made her way to the Wimbledon final in 2012 and lost to Serena Williams but proved she could match it with the top women in the sport. Knowing that she has made a major final before has given her confidence to be able to do it this fortnight at Melbourne Park.

“Well, definitely. I think, you know, a major final is a little different final than any other tournament, so it definitely is.”

“Of course I have a lot more confidence after two titles that I won last two weeks, so definitely, yes.”

Radwanska will play China’s Li Na in the quarterfinals and Radwanska will be confident going into the encounter having beaten Li in Sydney just over a week ago. Li goes into the match leading their head-to-head 5-4 however, and on hard courts that lead stretches to 4-1.

“She’s always playing very solid tennis. I think I really have to play aggressive against her, definitely serving good, really playing my hundred percent the best tennis; otherwise I’m not going to win, for sure.”

“Well, for sure I really have to play my hundred percent to beat her.”