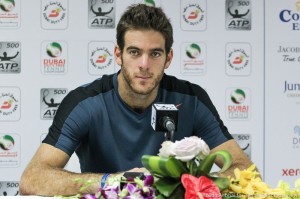 The pair had met just once before, in Vienna last October when Del Potro fired 30 aces and Brands 32 in a match that Del Potro won at the end of three tiebreak sets.

The first set went with serve with neither player earning a break point until, with Del Potro leading 5-4, Brands played a miserable game and dropped his serve at love to concede the set.

Del Potro commented that he served better and did not face a break point but needs to play at 100% to win.

“Looks easy but wasn’t easy,” said Del Potro. “I played really well in the second set, and I take my chance to break his serve in the end of the first set. Today he made a few double faults in the important moments, and I took that to break his serves. I think that was the key.”

“Juan Martin Del Potro survived a difficult first round when he faced three match points  against Marcos Baghdatis, but he has since shown the form that won him the US Open title in 2009,” said tournament director Salah Tahlak. “It will be interesting to see if he can maintain his run and advance to his first final here at the Dubai Duty Free Tennis Championships.”

Del Potro will face Novak Djokovic in his semifinal. 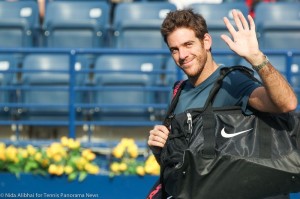