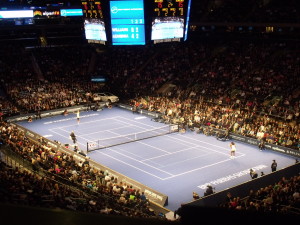 The ladies led off the event. Both women appeared a little out of practice to start but began to demonstrate their shot-making skills later in the first set which Williams won 6-4. 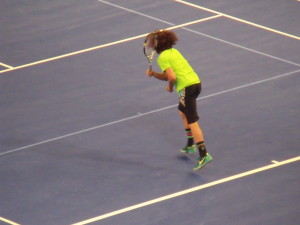 At 3-3 in the second set Azarenka called on her boyfriend pop music star Redfoo to play a point for her.  He missed both serves to which Azarenka commented, “He needs to practice before his exhibition.” 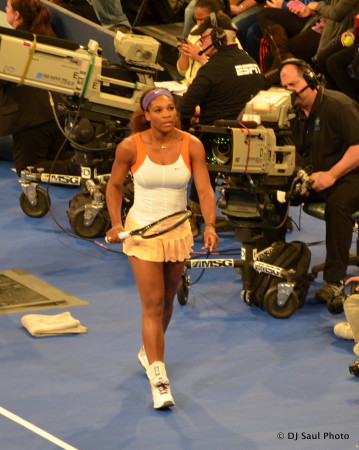 In their post-match news conference they revealed that they will be shooting a karaoke video to Rihanna’s “Stay.” Williams made not that Azarenka is one of only a few players that she’s close to off of the court. 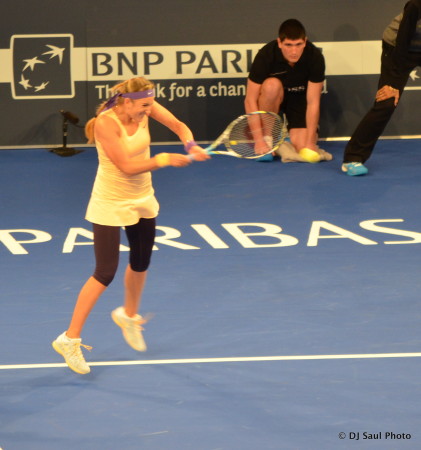 Williams said Azarenka is one of the few players she’s close to off the court.

“We really respect each other,” Williams proclaimed “I love Victoria as a person. I love how she’s so competitive on the court.” 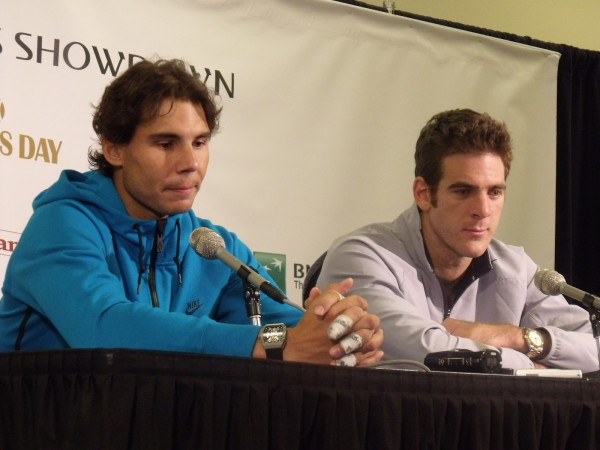 With all of the talk about being concerned about playing on hard court, Rafael Nadal looked comfortable playing Del Potro on a hard court  in the “world’s most famous Arena.”

For both men it was their “garden” debut.

Despite Nadal losing 7-6 (4), 6-4 to Del Potro, the Spaniard appeared to move pain-free and was smiling throughout the match. He was, however, cautious about jumping for overheads.

They also dabbled in some trick-shot plays. Both players attempted between-the-legs shots and headers like soccer players.

Nadal brought actor Ben Stiller for a few point to play doubles against Del Potro and a little girl from the crowd. The young girl proved to be a better player than the actor- comedian. After winning both point Del Potro carried the little girl for a few moments to the cheers of the crowd. 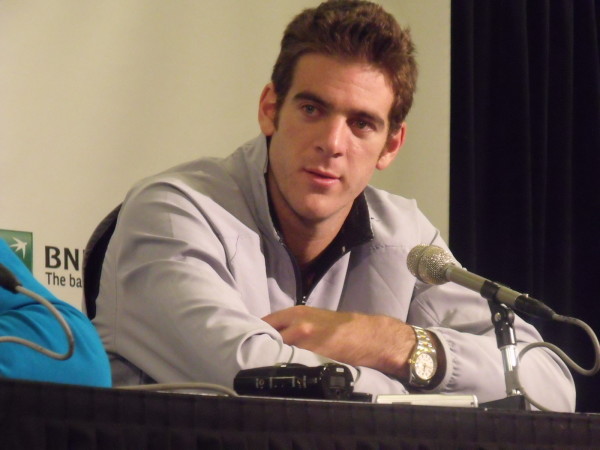 In the post-match news conference, Del Potro could relate to Nadal’s seven-month absence from the tour as Del Potro was sidelined for eight months with a wrist injury in 2010.

I his first three tournaments back, Nadal’s  is 12 – 1 with two titles – all on clay courts. Nadal has expressed his concern with playing on hards with Indian Wells and Miami coming up. 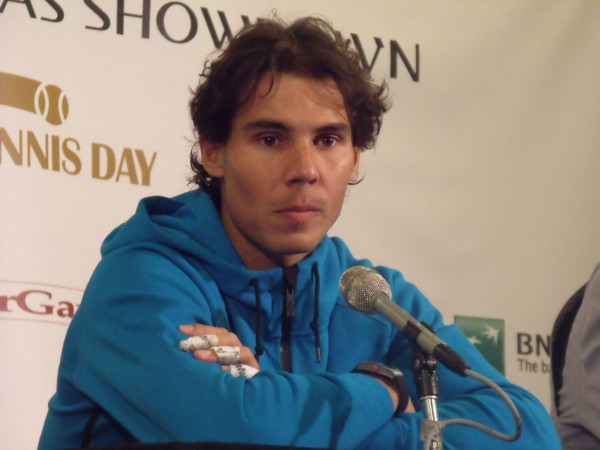 “That will be a big test for me,” Nadal said as he will play in Indian Wells later this week. “Today I know I can play on clay; that’s a very important thing to know for me.

“Today, my only goal is to recover the knee 100%. I feel better and better every week. If things go well, I’ll try to keep playing.”