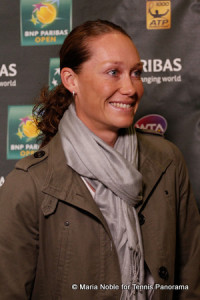 (March 9, 2013) World No. 9, Australia’s Samantha Stosur moved into the third round of the BNP Paribas Open, defeating American teenager Madison Keys 6-3, 6-4 on Saturday.

Stosur was happy with her play during the 75 minute match.
“I’m happy with the way I played,” said Stosur. “I thought I served very well.”

“As soon as I put a little bit of pressure on her early on in her service game … I really took a bit of a stranglehold on the match.”
Stosur sees a lot of potential in the 18-year-old Keys.
“I think she’s got a big game,” the Australian said. “Obviously her forehand is massive. She’s got a very big serve.

“You know, she’s got pretty decent kick serve for a second serve. You know, she handled a lot of my slice actually quite well sometimes.

“I think she’s got a big game. She’s just got to, you know, put all the pieces together. I think I said to somebody earlier. She’s only 18. I had lots of pieces like that when I was 18 and wasn’t as together as probably what she is now.

“I think she’s got a lot of potential. There is obviously things you need to improve, but she has those big weapons that, you know, win these big matches.

“I think I did a lot of things pretty well,  Keys said.  There are some things that I need to work on, and, you know, I think ‑‑ I mean, especially my returns.  I think if I was returning better today, you know, maybe I could have made the match a little bit tighter.

“You know, go back, work on those, and, you know, move on to the next tournament.”

While one young American fell on stadium court, another was taking out a seed. American Jamie Hampton knocked 20th seed Su-Wei Hsieh of Taiwan 6-3, 6-3.

“I’m always looking to bring a good bit of intensity to the match or the court,” Hampton said. “I think as I get a little bit older and in these situations more frequently, I will probably settle down a bit, get more comfortable with the atmosphere and the environment.

“I haven’t been a pro too long so I haven’t had a ton of experience in a big match setting.” 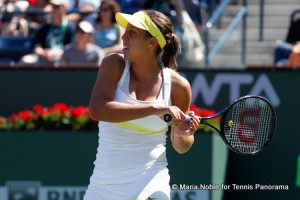 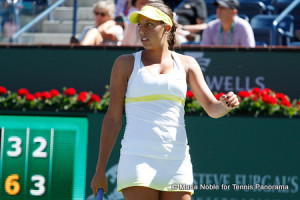 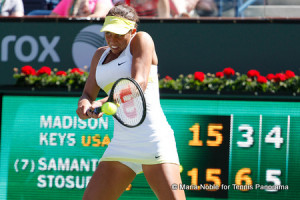 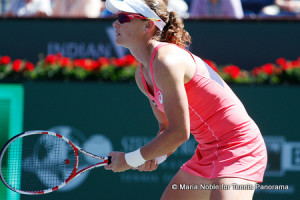 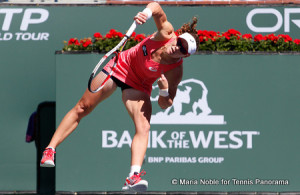 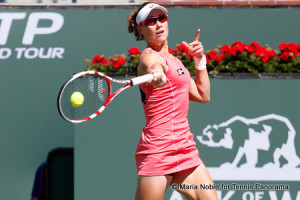