You are here: Home / Contributors / Bellucci Beats Janowicz in Raucous Match in Miami 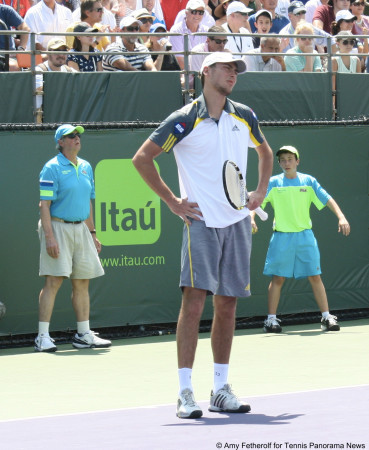 The crowd was heavily behind the Brazilian, and it immediately became clear that dealing with the atmosphere would be a struggle for Janowicz.

Janowicz charged to a 3-1 lead in the first set, but Bellucci was able to break Janowicz and force a tiebreak, which he won, 7-5.

During the first set, scattered Janowicz fans began chanting during the changeovers, and the pro-Bellucci crowd responded by booing and whistling. Each time Janowicz stepped to the line to serve, the tennis crowd chanted “Vamos quebrar!” (“Let’s break.”) A few rowdy fans called out their own line calls and time violations. Chair Umpire Kader Nouni tried meekly several times to quiet the crowd, but the unruliness continued to escalate.

As Janowicz served to force a first set tiebreak, the crowd began to boo and whistle. He threw his arms up in the air, encouraging the crowd to boo louder. They were happy to oblige. They booed him enthusiastically again when he paused to tie his shoes between points. His pleas to Nouni to calm the crowd went unanswered. 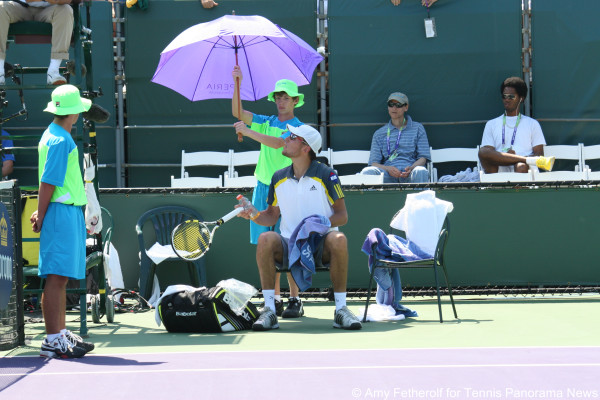 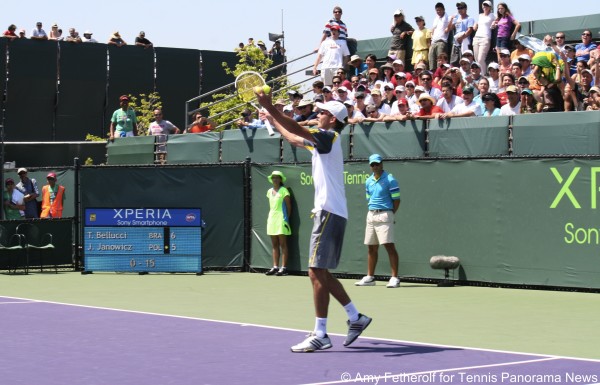 Janowicz racked up 31 unforced errors to Bellucci’s 12 in the first set.

The match stayed tight for six games in the second set, but Bellucci double faulted twice to hand Janowicz the break for 5-3, and failed to convert on an 0-30 opportunity as Janowicz served it out.

Janowicz continued to fire up the crowd, giving them a thumbs down during one of the changeovers as they booed him, and laughing at the reaction he got.

The third set was one-way traffic for Bellucci, even though he paused to receive treatment from the trainer for a gluteal injury. He held from 15-40 down, and Janowicz spit on the court in frustration.

Meanwhile, the crowd’s rancor was growing exponentially. A man sitting directly behind Janowicz’s coach began yelling and chanting, “Go home, Polska.” Nouni did not intervene, perhaps having given up on controlling the crowd. Janowicz laughed through the last changeover. 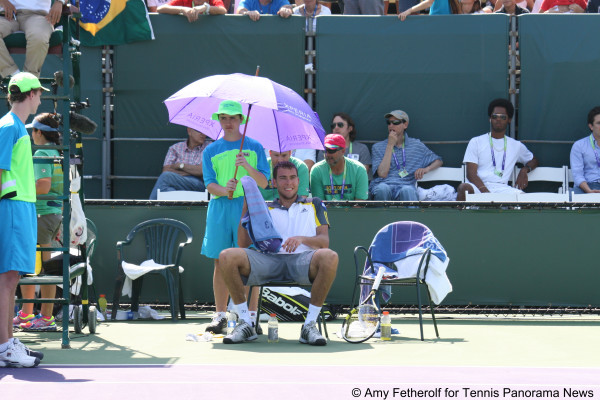 Bellucci served out the match successfully, much to the crowd’s delight. Janowicz bolted for the exit immediately, chased by a trail of boos, whistles, and jeers.

“He’s already lost. Let him be,” Janowicz’s coach said to the man behind him who was chanting for Janowicz to go home.

For Bellucci’s part, the match atmosphere was nothing he wasn’t used to.

“Maybe Janowicz had some distractions, but for me, I’m used to playing like that,” Bellucci said. “When we play in Davis Cup in Brazil, it’s always like that. The crowd is very loud. Maybe for the other player was not so good.”

“It was very special to be on court with a Brazilian crowd. The crowd was full of Brazilians. Very happy to have this victory. I hope to play well in the next round.”

Bellucci will play Andreas Seppi next. 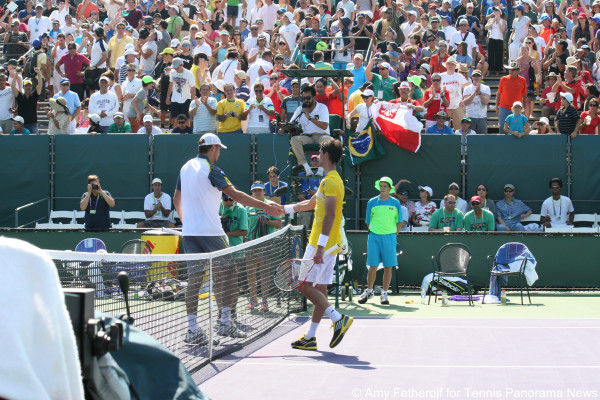