You are here: Home / Features / Haas Beats Dolgopolov in Miami 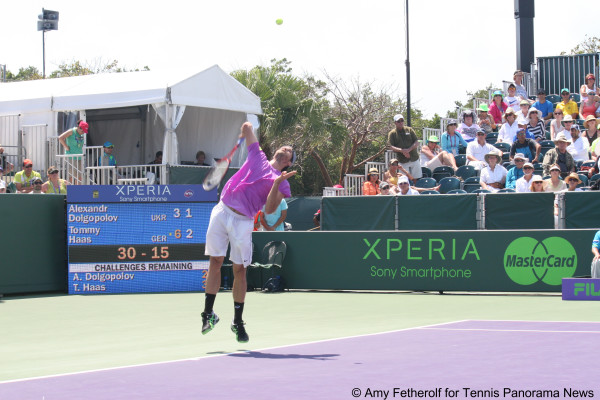 Haas was broken to start the match, but he rattled off five straight games, breaking back and securing the break necessary to take the first set.

Haas broke Dolgopolov straight away in the second set, and never let go of the advantage. He saved three break points to hold serve in the sixth game of the set for a 4-2 lead. From that point on, Haas cruised through the rest of the match, securing a double break, and closing the match out with three aces (two of which were second serve aces).

Photos from the match: 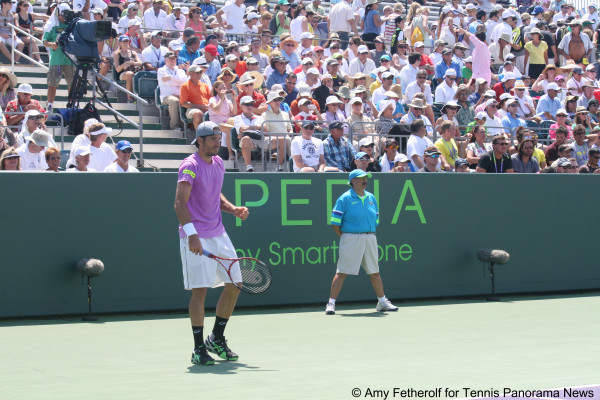 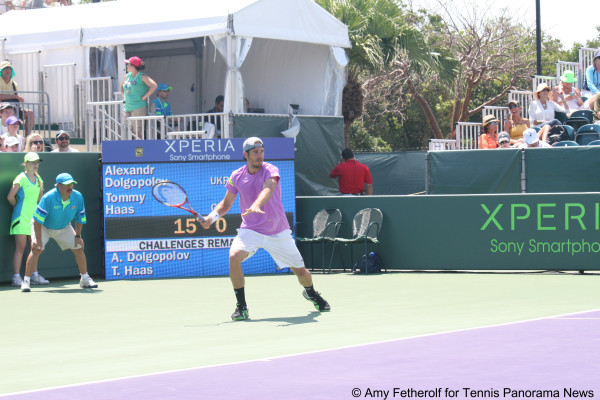 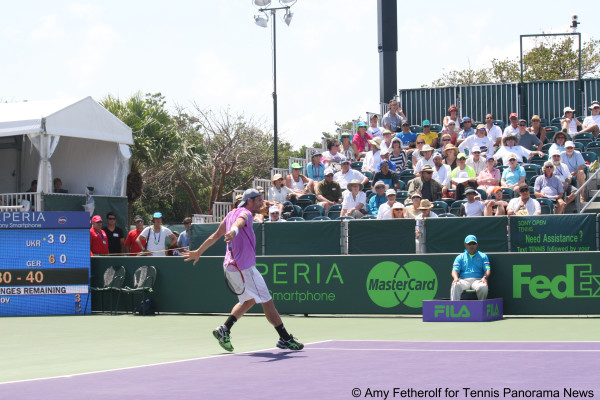 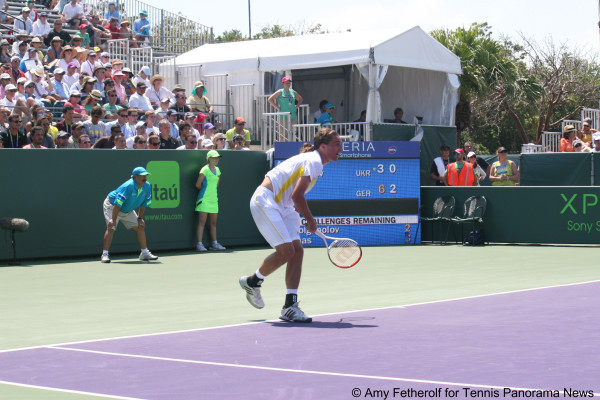