You are here: Home / Features / Radwanska Prevails over Stephens in Three Sets at Sony Open 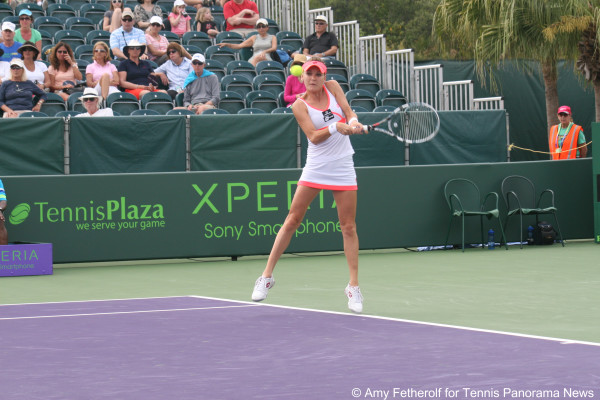 (March 25, 2013) MIAMI — “I’m 16 in the world. I can lose in the first round the next two months and I probably would still be top 30,” Sloane Stephens snapped defensively in her press conference after World No. 4 Agnieszka Radwanska beat her 4-6, 6-2, 6-0, her glare showing how disappointed she was to let the match slip from her grasp.

Indeed, it looked like Stephens was poised for another big win against a top player earlier in the day. The match unfolded in front of a sleepy Grandstand audience that hardly reacted as Stephens took the first set, 6-4.

Radwanska looked as weary as the crowd in the first set. She became frustrated by Stephens’ pace. She rolled her eyes as she dumped an easy volley into the net, and cursed at herself for missing the lines. Stephens was holding serve easily, putting pressure on Radwanska’s serve, and winning all the big points.

But similarly to how Serena Williams seemed to come back from the brink against Dominika Cibulkova earlier in the day, Radwanska took complete control of the match as if she had flipped a switch, breaking Stephens early in the second set, and she never looked back.

The timing of the breakdown of Stephens’ game seemed to coincide with her coach, David Nainkin’s visit after she won the first set. From that point on, she was almost a different player. Perhaps it was Radwanska who composed herself during the break between sets, or maybe Stephens tightened up, knowing she was a set away from a big upset. Either way, the more experienced player showed resilience on a day when she was not at her best.

Stephens had one more chance to stay in the match early in the second set. Radwanska took a 3-0 lead, and Stephens broke back for 2-3. She was up 40-15 on her own serve to level the set at 3-all, but the determined Radwanska dug in and managed to break for 4-2. Stephens didn’t win a single game after that.

In her post-match news conference, Stephens bristled as she was asked about her post-Australian Open struggles after the loss. She has lost four of her last six matches since Melbourne.

“There’s no specific thing that I’d say has happened or is not happening, but I don’t think it really matters,” Stephens said.

Hard to believe that, given the tone of her words.

Radwanska, who is defending ranking points from winning the title last year in Miami, was pleased to get the win over Stephens.

“I think middle of the second set was very important,” Radwanska said. “I think we had like one or two games were really tight and long. I think it was the key in that match. After that moment I was playing much better and much more aggressive.”

Radwanska will play Kirsten Flipkens next in the quarterfinals. 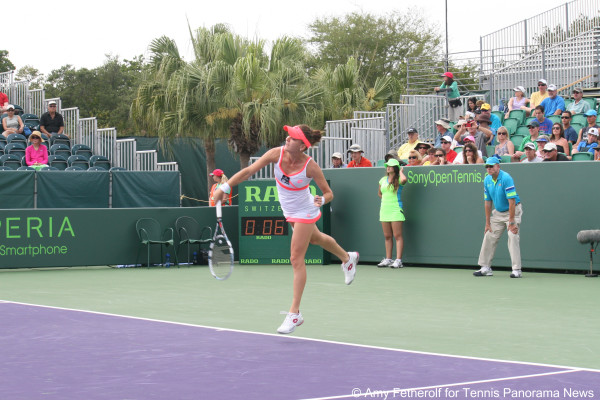 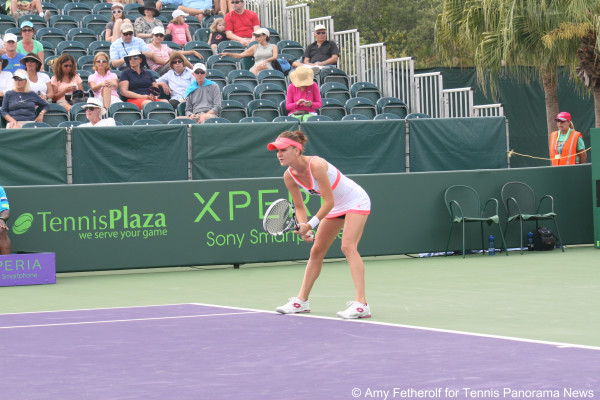 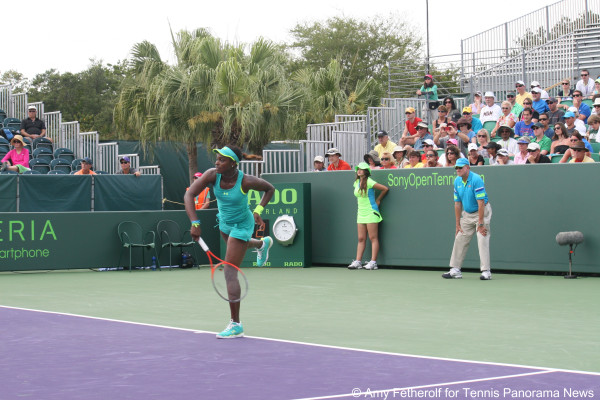 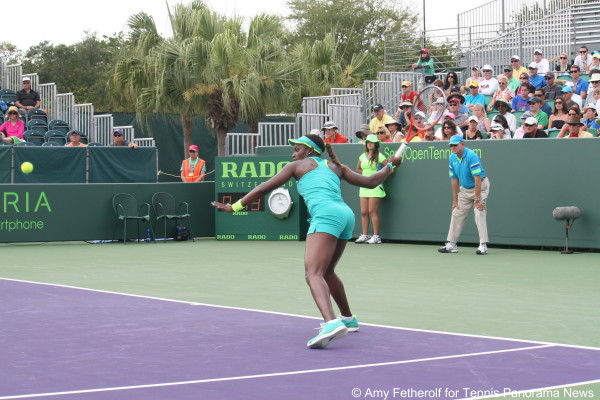