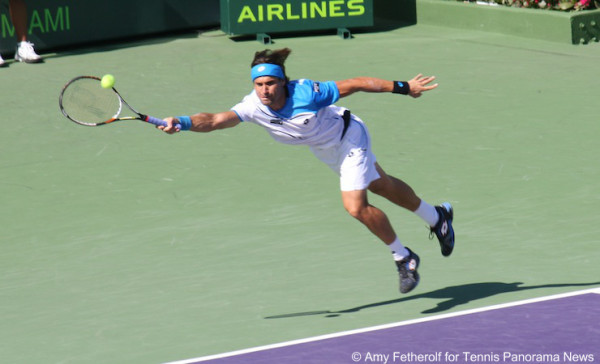 Ferrer started strongly, breaking Melzer for 2-0. However, Melzer then rattled off five straight games, breaking Ferrer three times. He ventured frequently to the net, forcing Ferrer to come up with something special to win a point.

Though Ferrer was able to earn one of the breaks back, and to pressure Melzer again as he attempted to serve out the set, Melzer saved two break points and won the first set, 6-4.

Melzer saved early break points in the second set, but Ferrer broke him for 3-1. Melzer clawed his way back into the set, breaking Ferrer back for 2-3, but despite holding a game point to even things up, Ferrer broke again for 4-2. From that point on, Melzer won just one more game in the entire match.

Melzer struggled on serve, hitting 11 double faults and getting his first serve in just 52% of the time.

“I’m disappointed. I had my chances. I think if I would’ve had a normal serving day, I could easily be standing here as the winner of the match,” Melzer said. “I had enough breaks to win two matches. It’s kind of disappointing because I felt I played really well from the back [of the court].”

“The first set was very good, and then it felt like in the middle of the second set if I hold serve to 3-all, I have a really good shot, but unfortunately my serve let me down completely the whole match basically. It’s tough to play a guy like Ferrer when you have to play out every ball, then it’s going to be difficult.”

“I was a little bit nervous in the first set and part of the second, but I tried to fight every point, to be focused, and I had a good feeling in the final of the second set and of course in the third one,” Ferrer said.

Ferrer will face Tommy Haas in the semifinals.

Photos from the match: 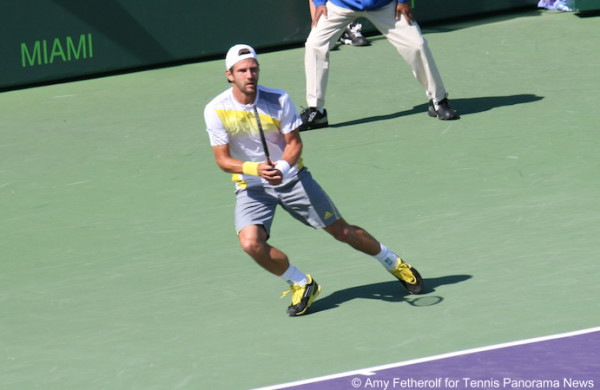 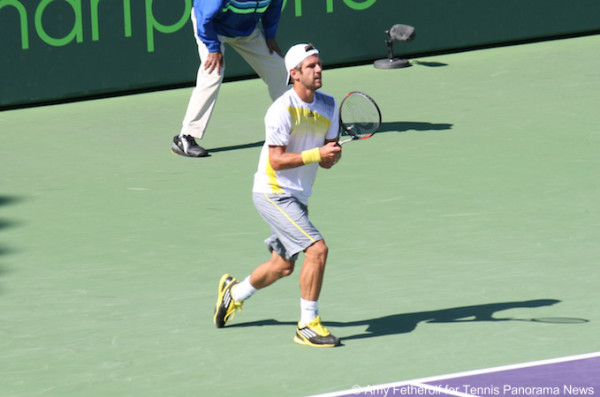 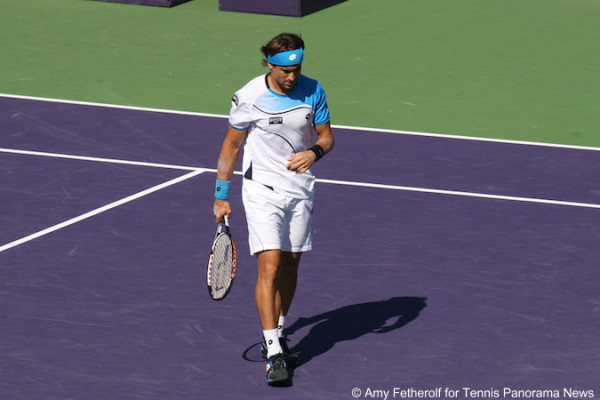