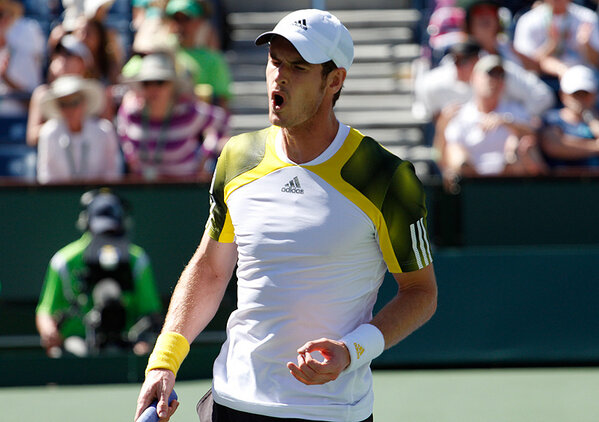 The first set featured five breaks of serve, four of which were traded early in the set. At 4-all, Cilic was broken again after double faulting twice. Murray successfully served the set out.

Cilic was immediately broken to start the second set. He had several chances at 1-2 to break back in a Murray service game that lasted more than 15 minutes. But Murray fended off the challenge, holding for 3-1. He secured an insurance break for 5-2, which came in handy as he was broken the first time he attempted to serve out the match, despite holding one match point.

He wouldn’t need to attempt to serve it out a second time. Cilic saved another five match points at 3-5, but Murray was able to break for the match, converting on his seventh match point.

“It was a tough, tough match,” Murray said. “Second set especially was a lot of long, long games, tough points.  Obviously took a while to get to the finish line, but I thought I played a solid match, not too many errors and was tough in the important moments.”

“I think with each match I start to play a little bit better, feel a little bit more comfortable with the conditions. Sort of been able to control the ball better, so using some slice and higher balls, and variation work went well today.”

Murray will face Tomas Berdych or Richard Gasquet in the semifinals.