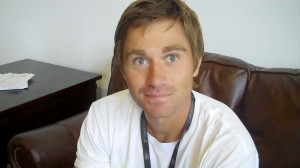 (May 1, 2013) USTA Player Development announced that Alex Kuznetsov, 26, of Richboro, Pa., and Tampa, Fla., has earned a main draw wild card into the 2013 French Open by winning the Har-Tru USTA Pro Circuit Wild Card Challenge. This year, the USTA awarded one men’s singles main draw wild card into the French Open to an American player based on his results on the USTA Pro Circuit. The USTA and the French Tennis Federation have a reciprocal agreement in which wild cards into the 2013 French and US Opens are exchanged.

The winner of the Har-Tru USTA Pro Circuit Wild Card Challenge was determined by the player who amassed the greatest number of ATP ranking points at two of three USTA Pro Circuit clay-court challengers—a $100,000 event in Sarasota, Fla., and two $50,000 events in Savannah, Ga., and in Tallahassee, Fla. Kuznetsov has earned at least 115 points in the Wild Card Challenge, winning the title in Sarasota to collect 100 points and earning 15 points by reaching the quarterfinals in Savannah. (Kuznetsov has also earned 15 points thus far in Tallahassee and could add to that number if he defeats fellow American Tim Smyczek in tomorrow’s quarterfinals.) Wayne Odesnik, who was in second place behind Kuznetsov in the Wild Card Challenge entering Tallahassee, lost today to Facundo Arguello, 6-3, 6-3, eliminating Kuznetsov’s lone remaining challenger from contention.

“It was hard not to think about the wild card this week,” said Kuznetsov, following his win today. “I’ve been focusing on my matches and just playing my tennis. I have never played the French Open main draw before, only in the qualifying. Anytime you play in a Grand Slam, it is a really special event, it is always a great experience playing three of five sets in front of tons of people. It will be a lot of fun.”

Kuznetsov was a qualifier in Sarasota and won seven consecutive matches to take the title. The Sarasota Challenger was Kuznetsov’s fourth career USTA Pro Circuit Challenger crown. With his win in Sarasota, Kuznetsov climbed back into the Top 200 and is currently ranked No. 176—his highest ranking since February 2012. Kuznetsov finished 2012 strong, reaching two USTA Pro Circuit finals at the $75,000 Charlottesville (Va.) Challenger and the $15,000 Futures in Mansfield, Texas. However, prior to competing in Sarasota last month, Kuznetsov had not won a match in five straight tournaments and fell to No. 267 in the world.

A native of Kiev, Ukraine, where his grandfather was a handball champion, Kuznetsov was a standout junior and the boys’ runner-up at the 2004 junior French Open, where he lost to Gael Monfils. Following a severe leg injury suffered in a 2005 car accident, Kuznetsov came back to play in his first US Open main draw in 2006. In 2007, he won his first Grand Slam match at the Australian Open, reached the round of 16 in doubles at the US Open and posted career-best rankings of No. 158 in singles and No. 78 in doubles. Kuznetsov qualified for the 2012 Australian Open for his first appearance in a Grand Slam main draw since 2007 and faced Rafael Nadal in the first round. Kuznetsov has played in French Open qualifying on four occasions.

Shelby Rogers is currently atop the standings for the French Open women’s wild card after winning the $50,000 USTA Pro Circuit event in Charlottesville, Va., this past weekend and is currently ranked a career-high No. 190 after her win in Charlottesville. Rogers claimed one additional singles title on the USTA Pro Circuit in 2012, beating US Open junior girls’ champion Samantha Crawford in the final of the $50,000 event in Yakima, Wash. Despite missing much of the spring and summer of 2011 due to injury, Rogers managed to reach the quarterfinals at three USTA Pro Circuit events that year. As a junior player, she won the USTA Girls’ 18s National Championships to earn a wild card into the main draw of the 2010 US Open for her only appearance in a Grand Slam main draw. Rogers trains at the USTA Training Center Headquarters in Boca Raton, Fla. Former US Open quarterfinalist Melanie Oudin won last year’s USTA wild card into the French Open.

*The men’s wild card is awarded from the best combined results in two of the three events below.

^Advanced to quarterfinals in Tallahassee and will receive at least 15 points.

*The women’s wild card will be awarded from the best combined results in two of the three events below.