You are here: Home / Features / Andy Murray Withdraws From French Open with Back Injury 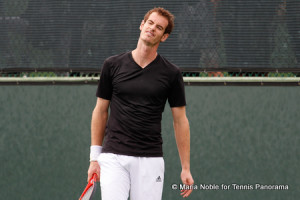 (May 21, 2013) Andy Murray has withdrawn from the French Open due to a back injury. The world No. 2 from Scotland had to withdraw from his second round match at the Italian Open last week to Marcel Granollers due to a lower back injury.

“It’s a really tough decision and I love playing in Paris, but after seeking medical advice I am not fit to compete,” Murray said in a statement. “Now my complete focus is on getting back on the court as soon as possible.”

“Apologies to the organisers and thanks to everyone for the messages of support. Now my complete focus is on getting back on the court as soon as possible.”

Murray hopes to be ready to play London’s Queen’s Club tournament on June 10.

The French Open begins this Sunday, May 26.